Red Sox chairman Tom Werner finished runner-up in voting for the 10th commissioner of Major League Baseball, but that doesn’t stop him from hoping that Rob Manfred, who won the vote, will adopt some of his ideas for baseball.

Among the many changes that Werner has in mind, he stressed the importance of pace when talking about the current state of baseball.

“Too many people are leaving games in the sixth and seventh innings because they can?t watch 3 1/2-hour games, so they?re leaving the game at the point where the game should be getting exciting,” Werner told reporters, via the Boston Globe. “You wouldn’t make a 3 1/2-hour movie.”

Werner suggested a pitch clock, saying that he doesn’t consider the idea to be as laughable as some think.

“In 1954, the NBA introduced a shot clock, and while it was considered radical at the time, it?s something that stuck through the years,” Werner said. “It would speed up play and it would give fans something to look at. Baseball is too slow and there?s a lot of inaction. If a pitcher is holding the ball for 40 seconds between pitches, you?re losing an audience.”

Eliminating warm-up tosses for relief pitchers would be another way to speed up the game, Werner said, pointing out that bullpen pitchers already throw before coming in.

“Does a field goal kicker get to have a practice kick?” Werner said, via the Globe.

These changes may seem daunting at first to avid baseball fans, but Werner uses the NFL as an example of how change can be productive.

“The NFL makes changes almost on an annual basis,” Werner said. “They?re considering making the extra point from 35 yards rather than from the 8-yard line. I respect tradition, but I don?t revere it.”

Only time will tell whether or not Manfred adopts some of Werner’s suggestions. 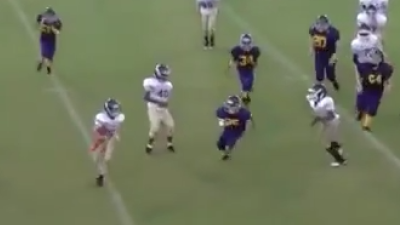