The New York Yankees are playing better baseball lately, and their five-game winning streak has coincided with plenty of horsing around. The Bombers have a source of inspiration, albeit a pretty weird one.

The Yankees rolled to an 8-1 win on Monday night in Kansas City, and they’ve now won five in a row, and seven of their last 10. New York sits just 2 1/2 games back in the race for the second wild card, and they could still make a run at the American League East, if they can erase a six-game deficit.

“When I see those things, randomly in a crowd, it makes me laugh,” Kelley said. “So I figured I’ll do that, and it’ll make everyone laugh in the clubhouse.

“And then we went on a winning streak.”

The horse head, as you can see, borders on terrifying.

However, Kelley’s Yankees teammates aren’t complaining. They know they have to respect the streak.

So far, the equine has equaled success. Since Kelley acquired the horse head — which has been named “Seabiscuit” — the Yankees have gained two games in the wild card race and 3 1/2 games in the AL East. However, the Yankees still need a strong push down the home stretch if they don’t want to be put out to pasture when the playoffs roll around. 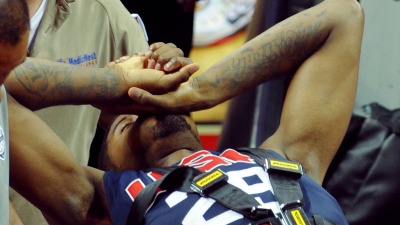