Los Angeles Angels slugger Josh Hamilton tried to score from second base in the first inning of Thursday night’s game at Fenway Park, but he was thrown out in a spectacular display of defense by Boston Red Sox left fielder Yoenis Cespedes.

Howie Kendrick hit a single to left field, and to the surprise of many, the Angels sent Hamilton home. Cespedes displayed his incredible arm strength to prevent L.A. from doubling its lead.

The Angels should know all about Cespedes’ rocket arm from the outfield. He made a similarly awesome throw in June to rob the Halos of a run when he was still a member of the Oakland Athletics.

The Angels didn’t score that run, but they did one-hit the Red Sox and win 2-0, completing the series sweep. 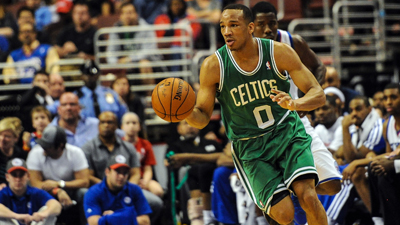 Avery Bradley: Celtics Could Be Playoff Contenders, ‘Make A Lot Of Noise’ (Video)