The Calgary Flames were one of the hardest-working teams last season, but the franchise’s first campaign without Jarome Iginla in over a decade was a disappointing one as it finished with the Western Conference’s second-worst record at 77 points.

Losing Mark Giordano, their captain and No. 1 defenseman, to injury erased any hope of the Flames contending, but they did see some promising development from several young players, most notably rookie center Sean Monahan. He was selected with the sixth overall pick in the 2013 NHL draft and made an immediate offensive contribution by becoming the first Flames forward since Iginla to score 20-plus goals as a rookie.

Another center who could impress as a rookie this season is Sam Bennett, whom Calgary selected fourth overall in June’s draft. Bennett is a talented playmaker who displays impressive defensive skill and awareness for a young player. Monahan and Bennett represent a bright future down the middle for the Flames, who have lacked quality center depth for a long time.

Player to Watch
Jonas Hiller was acquired to bolster the goaltending depth of a Flames team that ranked 24th in goals against average (2.90) and 18th in penalty killing (81.7 percent). Hiller lost his job to rookie Frederik Andersen in Anaheim last season and hit the free-agent market as the second-best goalie available behind Ryan Miller.

Hiller has won at least 25 games in four consecutive non-lockout seasons. He hasn’t posted a GAA less than 2.35 since 2007-08, but he was able to rack up wins despite giving up a lot of goals because the Ducks have been among the highest-scoring teams over the last few years. That won’t be the case in Calgary, which ranked 23rd in goals scored in 2013-14. However, the Flames gave up less shots per game than the Ducks last season, so Hiller shouldn’t be bombarded with too many shot attempts on most nights.

Hiller signed just a two-year deal in Calgary, and his reputation took a hit in Anaheim last season when two rookie goaltenders started over him in important games. He has plenty to prove heading into 2014-15.

Biggest Strength
The Flames have pretty good blue line depth, something many of the other rebuilding teams lack. Giordano is a legitimate top-pairing defenseman who combines strong play in his own zone with great puck-possession skills. T.J. Brodie impressed as a sophomore last season with 31 points (four goals, 27 assists) in 81 games. Veteran Dennis Wideman, who often struggles in his own zone, brings a heavy shot from the point and good mobility, and he tallied 21 points in just 46 games last season. Kris Russell adds an element of speed and posted 29 points in 68 games during the 2013-14 campaign.

Calgary has plenty of offensive skill and quickness on its blue line, which will help make up for the lack of elite players in its top-six forward group. This blue line will be relied on to provide consistent scoring production.

Most Glaring Weakness
Faceoffs are an extremely important part of winning at the NHL level. Winning draws helps drive puck possession, allows teams to control the offensive zone on the power play and helps relieve pressure when defending in their own zone. The Flames ranked dead last in faceoff win percentage (46.2) last season, something that must improve for this team to avoid another bottom-two finish in the West standings. Nine teams won 49 percent of fewer of their draws last season, and only one made the playoffs (New York Rangers). The Flames had four players take 400 or more draws last season, and none of them had a win percentage higher than 49 percent.

Four of the top 10 teams in faceoff percentage in 2013-14 came from the Pacific Division, so the Flames will need to improve in this area quickly if they are going to be competitive.

Expectations in 2014-15
The Flames are in Year 2 of a rebuild, and signing Hiller should put them high enough in the standings where they don’t receive a top-five pick in a deep 2015 draft, which is not the ideal outcome. Team president Brian Burke is one of the most impatient executives in hockey, though, so we shouldn’t be surprised by this direction.

In the final years of Iginla’s tenure with Calgary, the team typically finished just outside the playoffs. This is the worst possible outcome because the lack of postseason hockey is compounded by receiving one of the lowest lottery picks. It’s very difficult to rebuild like that.

Don’t be surprised if Calgary ends the season as one of the last five teams that missed the playoffs in the West. 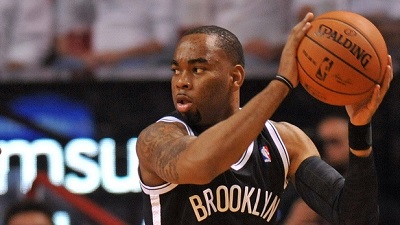 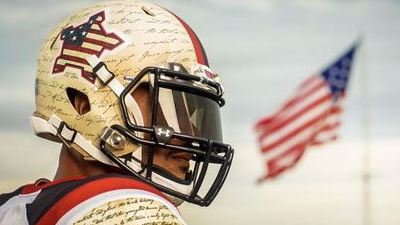