The Florida Panthers want to make the playoffs in 2014-15 after finishing with the second-worst record in the Eastern Conference last season.

In an effort to improve a roster lacking veteran talent, the Panthers opened their checkbook and signed several experienced players in the summer.

Dave Bolland, a two-time Stanley Cup champion with the Chicago Blackhawks, signed a five-year deal to provide scoring depth and playoff experience to a young Florida team. Shawn Thornton, another two-time champion, will add much-needed toughness to the lineup.  Willie Mitchell could be the best singing of the bunch. He will provide defensive skill and penalty killing to the Panthers blue line, while also being a mentor for 2014 No. 1 overall draft pick Aaron Ekblad.

These signings could make the Panthers a surprise team in the East, especially when you consider that starting goaltender Roberto Luongo still is a top-tier player.

Jonathan Hubderdeau won the Calder Trophy in the lockout-shortened 2013 season, but he struggled in his sophomore campaign with just 28 points (nine goals, 19 assists) in 69 games. He also scored just two power-play goals with a minus-5 rating and a disappointing 8.5 shooting percentage.

Huberdeau is an elite offensive talent and capable of being first-line forward for a long time. Staying healthy for a full season will help him return to the form he showed as a rookie.

Florida’s goaltending is better than a lot of its East rivals. Luongo posted an impressive .926 save percentage and a 2.46 goals against average in 14 starts for the Panthers after they acquired him at the trade deadline in March. A full season with Luongo in net will give the Panthers an experienced starting goalie who’s won 30 or more games seven times and boasts 867 games of NHL experience (including playoffs). Luongo arguably is the third-best goalie in the division behind Boston’s Tuukka Rask and Montreal’s Carey Price.

Al Montoya, who signed with Florida in the offseason, is an upgrade at the backup goalie position.

Special teams was a disaster for Florida in 2013-14. The team’s power play ranked 30th with a lackluster 10 percent success rate and its penalty kill also ranked dead last with a 76 percent success rate. The Panthers finished 29th in both goals scored and goals against last season, so it’s very important that they improve on special teams.

The Panthers should be much-improved, but reaching the postseason won’t be easy. They still are the fifth- or sixth-best team in the Atlantic Division and need young players such as Jonathan Huberdeau, Aleksander Barkov and Ekblad to have stellar seasons for any chance to reach the playoffs.

Expect another season of the Panthers picking in the draft lottery. 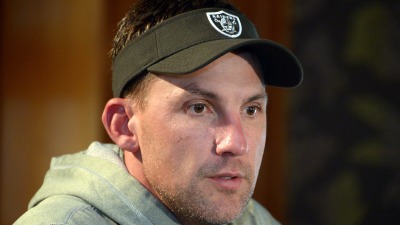