The San Jose Sharks were embarrassed in last season’s Stanley Cup playoffs when they blew a 3-0 first-round series lead and lost to the eventual champion Los Angeles Kings.

Major changes to the Sharks’ roster and coaching staff were expected as a result of this failure, but none of them have been made so far. Head coach Todd McLellan still is behind the bench, and veteran players largely responsible for several of the team’s previous playoff losses, such as Joe Thornton and Patrick Marleau, have not been traded.

The only bold decision made by the team was to strip Thornton of the captaincy and hold an open competition for the role during training camp. The real surprise with the announcement was that Thornton still will be considered for the “C.”

The best-case scenario for the Sharks is to trade Thornton and Marleau, which would allow young stars Logan Couture, Joe Pavelski and Marc-Edouard Vlasic to become the faces of the franchise and the new leadership core. It will be difficult for these three players to step into those roles if the large egos and personalities of Thornton and Marleau remain in the dressing room. Unfortunately for San Jose, it signed Thornton and Marleau to three-year contract extensions with no-move clauses that begin this season — making it difficult to trade them.

Will this offseason mess negatively impact the team’s ability to win the Stanley Cup? Let’s preview the 2014-15 San Jose Sharks.

Player to Watch
Tomas Hertl was on the fast track to win the Calder Trophy as the league’s top rookie last season before knee surgery in December kept him out until April. The Czech winger scored 25 points (15 goals, 10 assists) in 37 games, including a sensational four-goal performance against the New York Rangers in October.

Hertl is a tremendous goal scorer with elite speed, and his style of play makes him one of the most exciting players to watch. He’s a lock for a top-six role in 2014-15 and will be expected to have a breakout campaign over a full, healthy season. The 2012 first-round draft pick has 30-goal potential as a sophomore and will add a new dimension to San Jose’s already-loaded power play.

Biggest Strength
Scoring depth is a huge advantage that San Jose has over most of the teams in the league. The Sharks finished sixth in goals scored in 2013-14 despite Hertl missing the second half of the regular season. They had eight players tally 34 or more points, 10 double-digit goal scorers, one 40-goal scorer (Joe Pavelski) and the second-highest assist man (Joe Thornton, 65).

The Sharks don’t have a great blue line and their goaltending is inconsistent, but they overcome these issues because of an offense that features three lines capable of scoring goals against quality competition. Thornton and Couture arguably are the best 1-2 center punch in the league.

Alex Stalock played well in a backup role last season, going 12-5-2 with a .932 save percentage and a 1.87 GAA in 24 appearances. The 27-year-old will battle Niemi for the starting job.

Expectations In 2014-15
It’s easy to look at the Sharks with a “glass is half full” attitude. They blew a 3-0 lead in Round 1, but it was against a juggernaut Kings team that went on to beat the Anaheim Ducks and Chicago Blackhawks in the next two rounds, then won the Cup. San Jose hasn’t finished with less than 96 points in an 82-game season since 2002-03 and still has elite players at every position except goaltender.

The Sharks will claim one of the three guaranteed playoff spots from the Pacific Division and rank among the top Stanley Cup contenders unless injuries become a factor. Another reason for optimism in San Jose is the abundance of quality young players and prospects who will soon make an impact at the NHL level. 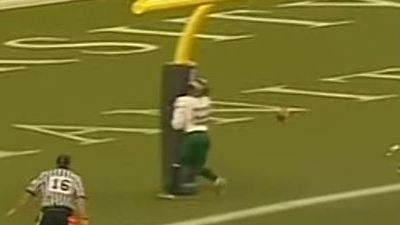