The St. Louis Blues were hoping the trade-deadline acquisition of former Vezina Trophy-winning goalie Ryan Miller would help them reach the 2014 Stanley Cup Final, but the move turned out to be a disaster.

Miller struggled at the end of the regular season and in the Blues’ six-game Round 1 playoff series loss to the Chicago Blackhawks. He left the team in free agency to join the Vancouver Canucks, leaving St. Louis with a talented but unproven goaltending tandem of veteran Brian Elliott and rookie Jake Allen.

Allen is a top prospect and likely to win the starting job long-term, but he didn’t play at the NHL level in 2013-14 and has just 15 games of pro experience. Elliott is a seasoned veteran, but he’s inconsistent and has a career playoff save percentage of .898 and a 2.55 goals against average.

The Blues are in win-now mode with a deep, balanced roster, but the team’s goaltending isn’t championship-caliber. Elliott has proven to be a good, and sometimes stellar regular-season netminder, but his past playoff failures are a genuine concern.

Player to Watch
Center depth is essential to win the Western Conference, and the Blues upgraded their skill and size down the middle by signing Paul Stastny to a four-year, $28 million free-agent contract over the summer. The 28-year-old forward tallied 60 points (25 goals, 35 assists) in 71 games for the Colorado Avalanche last season, while also excelling on the power play with 15 points. Stastny, who won 54 percent of his faceoffs last season, should help St. Louis finish the 2014-15 campaign among the leaders in puck possession.

Biggest Strength
St. Louis has a great blue line highlighted by franchise cornerstone Alex Pietrangelo, Kevin Shattenkirk and veteran Jay Bouwmeester. The Blues finished third in goals against (2.29 per game) last season and were the top 5-on-5 team in GAA in the Western Conference. St. Louis also allowed just 26.4 shots per game, the third-fewest in the league.

This group is well-balanced with a mix of elite offensive talents (Pietrangelo, Shattenkirk) and players capable of filling a shut-down role (Gunnarsson).

Most Glaring Weakness
The Blues lack a dominant offensive player capable of taking over games in high-pressure situations. The three-best teams in the West — Blackhawks (Patrick Kane), Anaheim Ducks (Corey Perry) and Los Angeles Kings (Marian Gaborik) — all have a reliable go-to scorer for the postseason.

Vladimir Tarasenko and T.J. Oshie were the only St. Louis forwards to score more than one goal in last season’s Round 1 loss to Chicago. The Blues scored just six goals in the last four games of the series (all losses) as a result.

Expectations In 2014-15
The Blues have made a strong financial commitment to their roster by re-signing franchise players and making a splash in free agency (Paul Stastny). It’s time for this team to live up to expectations in the postseason and win at least one round. Like most teams, the quality of the goaltending will be the deciding factor for St. Louis.

Another problem for the Blues is that the Central Division is loaded, which makes reaching the Western Conference final a gigantic challenge. The road to the Stanley Cup from the West likely will go through the Blackhawks, and the Blues haven’t proven they are capable of defeating their hated rival when it matters most. 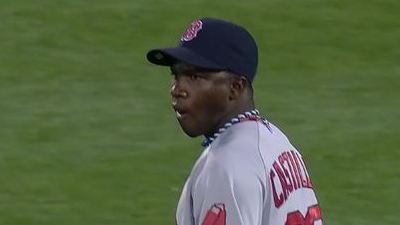 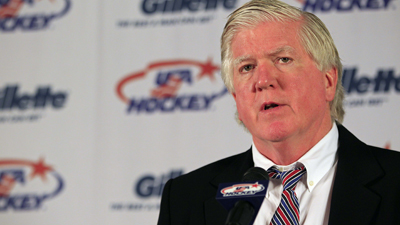