The 2013-14 NHL season was the first for the Winnipeg Jets as members of the Western Conference, and it didn’t go very well with an 11th place finish.

The Jets moved back to Winnipeg for the 2011-12 season after relocating from Atlanta and haven’t made the playoffs over the last three seasons. Fan support remains strong, but the team has to show some progress sooner or later. Luckily for the Jets, they have two potential franchise cornerstones who could become legitimate stars this season.

One of those players is defenseman Jacob Trouba, who completed a fantastic rookie season during which he tallied 29 points in 65 games and averaged a whopping 22:05 of ice time per game. Not only did Trouba play well at both ends of the ice at even strength and on special teams, he did it all against quality competition. The former University of Michigan star proved he has the talent needed to be an elite two-way D-man in the near future.

Another player bringing great optimism to the franchise is center Mark Scheifele. The 2011 first-round pick has taken longer than expected to develop, but he made tremendous strides last season, scoring 34 points in 63 games before his season was ended in March because of a knee injury. Scheifele is expected to improve on his strong 2013-14 campaign and give Winnipeg the No. 1 center it has lacked for over a decade.

Player to Watch
Ondrej Pavelec must play better in 2014-15, or the Jets will have no chance to make the playoffs. He posted a 22-26-7 record with a .901 save percentage in 57 games last season, and his 3.01 goals against average was one of the highest among goaltenders who made 50-plus starts.

The 27-year-old veteran had only two winning streaks of more than two games last season, and that kind of inconsistency makes it very difficult for a young team to make the playoffs from an ultra-competitive division. Pavelec has never finished a season with 30-plus wins, a save percentage above .915 or a sub-2.73 GAA. That must change if Winnipeg is going to earn a postseason berth.

This depth could become an even greater strength if Kane plays an injury-free season and becomes a 30-goal scorer again. He’s one of the most talented young power forwards in the league, but the former No. 4 overall draft pick has yet to put together a breakout campaign.

Winnipeg’s power play ranked 25th last season after converting on just 15.2 percent of its chances. As a team that lacks elite goal scorers and a quality goaltender, taking advantage of special teams must happen for the Jets to reach the playoffs — only four of the bottom-10 power-play teams reached the 2014 playoffs.

The Jets are in a tough spot. They could try to compete for a playoff spot and probably finish between ninth and 12th place, or they could play a lot of young players and prospects in an effort to finish with a high lottery pick. The 2015 draft class has two potential generational talents in Connor McDavid and Jack Eichel, two players who would accelerate the Jets’ rebuild. The Jets have had a tough time attracting free agents since moving to Winnipeg, which make the draft the best avenue to rebuild from. The best-case scenario for the Jets is to finish with a top-two pick, but they have too much talent for that to happen unless injuries decimate their roster. 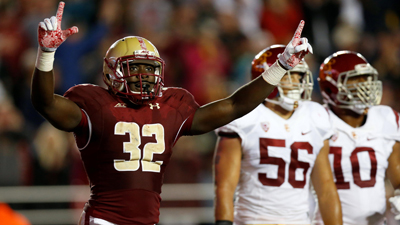