KANSAS CITY, Mo. — There’s no quarterback controversy for the New England Patriots — yet.

Patriots head coach Bill Belichick laughed when asked if the quarterback position would be evaluated after New England was exposed in a 41-14 drubbing by the Kansas City Chiefs. Honestly, it was a fair question to ask, even if the reaction was obvious.

Calling Brady’s performance this season pedestrian would be an insult to the common NFL quarterback.

If this was nearly any other signal-caller with nearly any other head coach on nearly any other team, laughing off the idea of a quarterback controversy would seem irresponsible. This is Tom Brady under Bill Belichick on the Patriots, however. Brady said he’d retire when he sucks. The Patriots’ offense has sucked, but it’s still unclear how much is on Brady.

The excuses for Brady have been repeated endlessly to the point that they’ve become clichés. His offensive line is terrible, the Patriots can’t develop wide receivers, he doesn’t trust his blockers or pass-catchers, tight end Rob Gronkowski isn’t 100 percent. That’s all true, but there was a time when Brady could still excel and show glimpses of brilliance despite a lack of elite weaponry.

This Brady struggles and hangs his head after early-game struggles. This Brady throws mind-boggling interceptions to defenders 10 yards from the nearest receiver.

It’s clear that Brady still has the confidence of his team, but a 2-2 record might be aiding their backing. This team likely would be 0-4 if they had played better teams than the Matt Cassel-led Minnesota Vikings and hapless Oakland Raiders.

As special teams captain Mathew Slater said in the locker room, the season is only a quarter over. That means there’s 12 games to decide whether we’re seeing 1999 Dan Marino, or just early-2013 Tom Brady, who turned his performance around at midseason.

The season only gets more difficult now for the Patriots, who face the Cincinnati Bengals coming off a bye week on Sunday night. The Patriots’ fortunes could be much different at Gillette Stadium, but if Brady can’t turn it around, New Englanders might start getting restless, despite his legendary status. 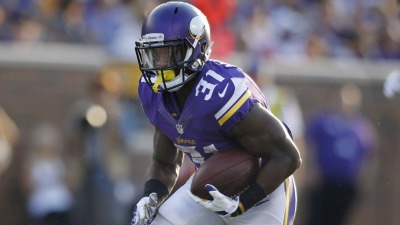 MLB Playoff Predictions 2014: Who Will Win This Season’s World Series?