If Brad Stevens gets things his way, Rajon Rondo will be around for a while.

Despite all the trade rumors, the Boston Celtics head coach sees his star point guard as a centerpiece in the team’s rebuilding efforts.

“I love him. I really think he’s a big part of what we’re doing,” Stevens recently told The Berkshire Eagle. “Hopefully, he can have a great year right from the get-go. I thought last year was tough from the standpoint that he never did have a chance to do any drill work or to rebuild habits. He just had to be thrown into the fire.”

Stevens also mentioned that Rondo has “been in and around Boston most of the summer” to train and the team is starting to work out together.

“That’s been something I’ve known ever since I walked in here, that this was going to be something that if we can invest all of our time helping all of our guys get better and putting together a group that will play the right way, continue to grow and continue to hopefully take advantage of opportunities,” Stevens said. “Then we’ll be building well.”

Marcus Smart and James Young figure to be pieces of that rebuild, too. The Celtics selected the two guards in the first round of the 2014 NBA draft, and they’ll learn under one of the best at their trade in Rondo. Stevens already likes what he sees in Smart and Young.

“It’s hard to tell who’s going to be in the rotation. I think they both bring something to our team,” Stevens said. “James is a big wing that can score the ball and specifically make shots. We’re going to need to make shots on the perimeter.

“Marcus is a guy that I think is a jack of all trades offensively, but defensively could be very special.” 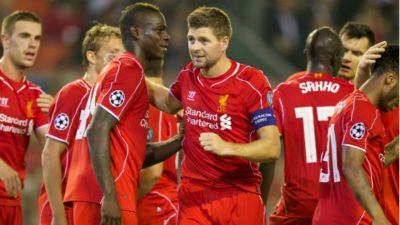