Brendan Rodgers admits something is “broken” at Liverpool, but he knows how he wants to fix it.

Liverpool hosts Everton on Saturday in the first Mersyside derby of the 2014-15 season. Liverpool sits 11th in the Premier League standings after suffering three losses in its first five league games — something that has happened only twice in the last 55 years.

Recent wins over Ludogorets in the UEFA Champions League and Middlesbrough in the Capital One Cup (Football League Cup) failed to convince observers that Liverpool can challenge for the domestic title this term.

Rodgers has cited injuries and new players’ ongoing adaptation as reasons for the Reds’ struggles. The Liverpool manager plans to go back to basics in order to kick his team out of its current funk.

“We’re reintroducing the principles that brought us the win ratio we’ve had over the last 18 months,” Rodgers said Thursday at his pregame press conference, according to the BBC. “Our game was based on high intensity but, apart from that Tottenham game, we’ve moved away from that.

“We put in a lot of hard work in the first six months to a year we were here, and a lot of those processes became natural. The consequence of that was winning.

“But we introduced a raft of new players — you lose the core of players who were important, and that’s obviously a factor and then it becomes a bit broken. That’s how our game has looked for a big part of the season, but I have a group of players here who identify with that. We need to get back and refocus on what has allowed us win games consistently over the last 18 months to two years.”

Injuries will limit Rodgers’ selection options once again when Liverpool meets Everton. Regulars Joe Allen and Glen Johnson will miss out, as will new signing Emre Can and young fullback Jon Flanagan. Philippe Coutinho and Jordan Henderson are questionable for Saturday, as they attempt to recover from groin and hip ailments, respectively.

Star striker Daniel Sturridge is trying to return from a thigh injury in time to feature against Everton. If Sturridge appears at all against Everton, it most likely won’t be from the start.

“He’s out on the field but there’s still a couple of days to go before the game,” Rodgers said about Sturridge. “He certainly won’t be match fit but it’ll be great to have him back because he’s a wonderful player for us.

“We’ll be very happy to have him back and we’re hoping that can be this weekend, but we’ll assess over the next couple of days.”

Liverpool is competing on four fronts this season, and the sheer number of games makes it difficult for Rodgers to instill his famous philosophy into his players.

Rodgers will do what he always does: Work with the Reds — new and old — to make them bring Liverpool’s familiar swashbuckling style of soccer back to Anfield. Fans would love nothing more than for it to happen Saturday when the Reds meet their local rivals for the 223rd time.

Rodgers’ philosophy shines in Liverpool’s climb to the top >> 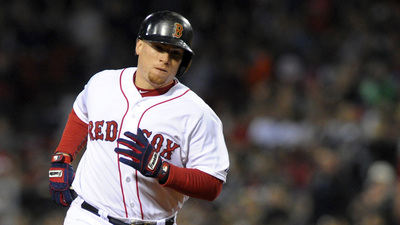 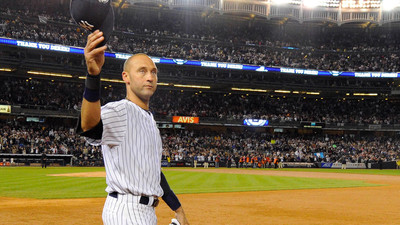 Derek Jeter: I’ll Play Series At Fenway Out Of Respect To Boston Fans