A lot of value is placed in Major League Baseball on players who can perform capably at several defensive positions.

If that’s the case, Nathan Orf should be in the bigs in no time.

Orf is a 24-year-old prospect on the Brevard County Manatees, the Single-A affiliate of the Milwaukee Brewers. You’ll notice we didn’t mention what position he plays. That’s because on Sunday, he literally played them all.

In the Manatees’ regular season finale against the Dunedin Blue Jays, Orf started the game at catcher, a position he hadn’t played since his college days. In the second inning, he moved to first base. In the third inning, he shifted to second.

Fast forward to the ninth inning, where Orf took the mound and induced a ground out to complete the rare, impressive feat.

According to MiLB.com, Manatees manager Joe Ayrault had already planned to play Orf at all nine positions prior to the game.

Still, not too many players can pull that off successfully, a feat that San Francisco Giants catcher Buster Posey also accomplished during his college career at Florida State.

We’re not saying that Orf is the next Buster Posey, but hey, it’s not a bad start. 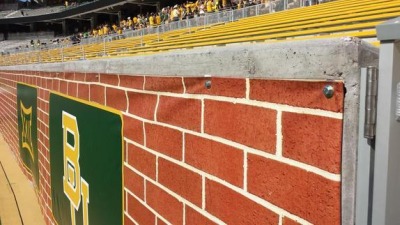