One of the most intriguing players in that group is David Warsofsky, who has excelled with the Providence Bruins over the last four years.

“I thought he had a real strong finish last year in Providence — like every time I saw him, he was one of the best players on the ice and he was doing things we were telling him to,” Bruins general manager Peter Chiarelli said Thursday. “He was moving the puck, he was skating, his escape ability is terrific, like turning the net, and real good vision on the power play. So he’s a player that I think is ready. Now, will he be ready for our team? Let’s see how things sort out, but he’s put his time in and he’s a guy to watch, too.”

Warsofsky played three seasons for Boston University before joining the P-Bruins and tallying 77 points (14 goals, 63 assists) in 190 AHL games. He made his NHL debut last season and scored one goal with one assist in six games for Boston.

The Marshfield, Mass., native is an offensive D-man with good puck-moving skill, a powerful shot from the point and the skating ability to start the rush, quarterback a power play or cleanly exit the defensive zone. The NHL has transitioned to a game more heavily focused on puck possession, speed and skill over the last few years, and Warsofsky’s talent makes him a good fit for that style of hockey. In a few ways, he’s similar to Torey Krug, who remains unsigned and absent from camp as a restricted free agent.

“They’re a little different players,” Chiarelli said. “Torey (Krug) I think pushes the puck decisions a little more aggressively. I think David goes with the flow a little bit more. They both defend positionally. Torey’s a little more closing on defending, David’s a little more positional, so they’re different, but I think just the fact that David hasn’t played significant time in the NHL. If he, during camp and beyond, if he’s up here, I think he has to get his feet wet, so you’re going to see that adjustment period for him.”

The longer Krug remains unsigned, the more of an opportunity Warsofsky will have to impress B’s head coach Claude Julien and his staff.

“Well, certainly will be an opportunity for (Warsofsky),” Chiarelli said. “Similar size and type of defenseman, so he should take advantage of it.” 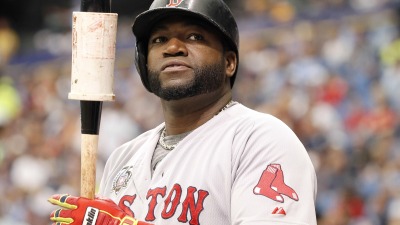