Ex-NFLer Chad Johnson Wants To Play For Canadiens So He Can Fight Lucic, Chara - NESN.com Skip to content

Chad Johnson is continuing his football career, albeit in the Canadian Football League with the Montreal Alouettes. Apparently his time in Montreal has led him to embrace some of the city’s ideology.

Part of that ideology includes buying into the city’s top NHL rivalry between the hometown Canadiens and the Boston Bruins. According to a tweet from Johnson on Monday, he’s all in with his support for the bleu, blanc et rouge.

We’d expect that challenge would go about as well as Johnson’s time with the New England Patriots did. It’s not like Johnson’s CFL career has gone much better, either. The former Pro Bowler has seven catches for 151 yards and a touchdown for the 3-8 Alouettes.

This might be even more of a story if this was former Bruins backup goalie Chad Johnson we were talking about. 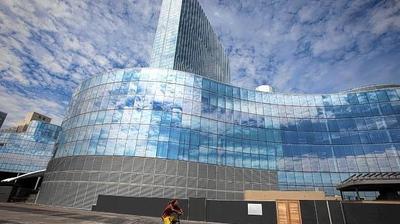 Revel Casino, Site Of Ray Rice Assault, Could Re-Open In A Few Weeks

Domestic Violence Experts To Serve As Advisers To NFL