BOSTON — Christian Vazquez is a rock behind the dish. He?s not too shabby standing next to it, either.

?It?s a pleasure,” Vazquez said of his homer, a two-run shot off the AAA sign located atop the Green Monster. “(To) hit it here at home in front the fans, it?s a pleasure.?

Vazquez went 4-for-4 with three RBIs and two runs scored. The 24-year-old nearly drilled his second major league homer in the seventh inning but settled for an RBI double when his lined shot dented the center field wall.

?His approach has been consistent. It was good to see him turn on the fastball in for the home run,? Red Sox manager John Farrell said after the game. ?(He) stayed through the middle of the field. He squared up two balls tonight that the ball really jumped off his bat. He?s settled in nicely since the time he?s been here.?

The overall offensive numbers aren?t too impressive. Vazquez is hitting just .238 with a .304 on-base percentage in 53 games. He has 31 strikeouts to 18 walks. But, as Farrell pointed out recently, Vazquez has shown an adept mindset in the batter?s box, flashing an ability to use all fields and now displaying some power after a 168-at-bat homerless drought to open his career. It?s reasonable to think Vazquez will continue to improve at the plate, which really is gravy considering how tremendous he?s been in other areas of catching.

Vazquez has the footwork, the arm, the intelligence, the game-management ability, the leadership qualities and the passion. He?s even going to play winter ball in Puerto Rico after the season to continue building his skills.

Vazquez?s bag of tricks is still evolving. The Red Sox are the beneficiaries. 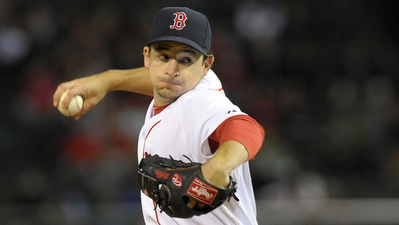 Brendan Rodgers Bringing Liverpool Back To Basics For Merseyside Derby