Craig Breslow’s positive contributions on and off the field are being recognized once again, as the Boston Red Sox left-hander was named the club’s finalist for the 2014 Roberto Clemente Award presented by Chevrolet on Tuesday.

The award, which Breslow was also nominated for last season, recognizes a major leaguer who “best exemplifies the game of baseball, sportsmanship, community involvement and the individual?s contribution to his team.”

Breslow, who graduated from Yale University with a double major in molecular biophysics and biochemistry, had dreams of becoming a doctor before he decided to fulfill another dream of his, playing baseball professionally.

Breslow has been a long-time supporter of cancer research, and in 2008, he established the Strike Three Foundation, which raises awareness and funds for childhood cancer research.

Fan voting for the award will open Wednesday, on Roberto Clemente Day. 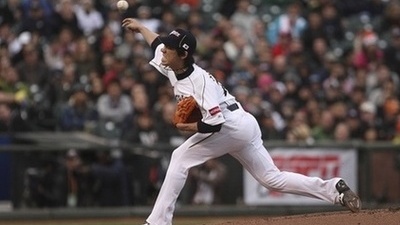