Darrelle Revis Intercepts First Pass As Patriot, Is Living Up To Hype - NESN.com Skip to content MINNEAPOLIS — Darrelle Revis isn’t an overly flashy cornerback, despite being the best in the NFL.

He doesn’t declare that he’s the greatest after big wins, as Richard Sherman does. He doesn’t try his hand on offense, like Patrick Peterson. He’s not the biggest or fastest cornerback, and his biggest strength — technique — can be hard to quantify.

Still, the three-time All-Pro has lived up to nearly impossible hype through two games with the New England Patriots.

Revis shadowed Minnesota Vikings wide receiver Greg Jennings in an almost casual fashion Sunday. Revis made an interception — the first of his Patriots career — seem like Matt Cassel was targeting him, not Jennings. Revis allowed a 4-yard reception to Jennings, and that was it.

Revis is special because of his attention to detail, and ability to get his hands on the ball and play anywhere on the field. Revis shifted from left cornerback to right cornerback and into the slot to follow Jennings.

“I’m definitely not a stranger to the slot,” said Revis, who used to cover Wes Welker years ago. “You have to play different. It’s a lot of stuff, it’s a lot of chaos going on in the slot. Things happen really fast.”

Revis has allowed three receptions for 40 yards and one touchdown with the one interception through two games. He’s mortal — but barely. 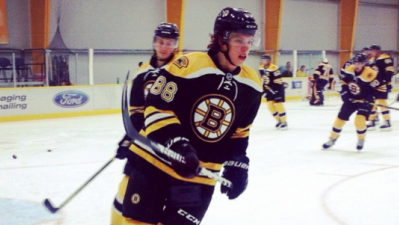