Frates suffers from Amyotrophic Lateral Sclerosis (ALS), also known as Lou Gehrig?s disease. He has since been on a mission to raise awareness about the often misunderstood and currently incurable disease, with the “Ice Bucket Challenge” being a means to that end.

Jeter accepted the “Ice Bucket Challenge” earlier this year in the Yankees’ clubhouse at Yankee Stadium. The Red Sox on Sunday showed a video of Jeter accepting the challenge before bringing out Frates to meet the future Hall of Famer. Jeter ran over to meet Frates halfway. 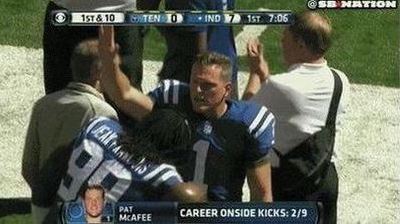 Raiders Give Up Hilariously Embarrassing Touchdown To Dolphins (Video)