BOSTON — If history is any indication, UMass and UConn shouldn’t give up on this season before it starts.

Despite being ranked at the bottom of both the media and coaches’ preseason Hockey East polls, the Minutemen and Huskies don’t have to look too far back for inspiration. The preseason polls can provide an idea of what to expect for the upcoming season, but they’re far from being a sure bet.

“What’s always exciting about these polls is they very rarely match up to what the final standings are,” Hockey East commissioner Joe Bertagna said Monday at the conference’s media day. “Last year, Northeastern was an example of a team that the coaches had picked at the bottom of the league, and they ended up tied for fourth.”

Providence is the consensus pick for No. 1 in this year’s poll, with two-time defending conference champion UMass Lowell picked to finish somewhere in the middle. Any team could end up being this season’s Northeastern, though.

Here’s a look at how the conference stacks up this year.

Maine
Last season: 16-15-4 (9-8-3 conference)
Key returners: F-Devin Shore, D-Ben Hutton, F-Connor Leen, F-Mark Anthoine, D-Dan Renouf
Key departures: D-Brice O’Connor,  F-Jon Swavely
Outlook: Forward Devin Shore and the Black Bears look to improve off a season in which they finished sixth in the conference. Maine has plenty of returning talent, but it will be an uphill battle against the powerhouses of the Hockey East.

Connecticut
Last season: 18-14-4 (15-9-3 Atlantic Hockey conference)
Key returners: F-Shawn Pauley, F-Trevor Gerling, F-Brent Norris, F-Patrick Kirkland, D-Jacob Poe
Key departures: F-Brant Harris, F-Billy Latta, F-Jordan Sims
Outlook: Entering their inaugural Hockey East season, Mike Cavanaugh’s Huskies have their work cut out for them. They will depend on a defense that was among the best in Atlantic Hockey in 2013-2014 to help them compete in the tough conference. 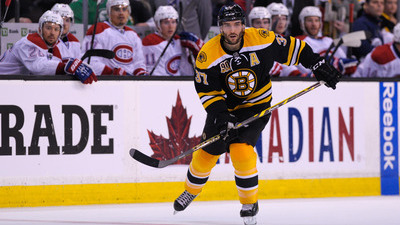 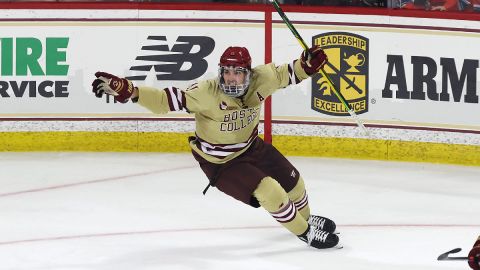