New York Yankees manager Joe Girardi confirmed ahead of his team’s series opener against the Boston Red Sox that Jeter will not play following his emotional Yankee Stadium goodbye the previous night.

Girardi is almost certain, however, that Jeter will see action at some point during the three-game set. The shortstop had said Thursday that he will play “in some capacity” against the Red Sox out of respect for the rivalry.

“I would be surprised if he didn’t,” Girardi said Friday. “Really surprised.”

In fact, Jeter will pretty much have free rein this weekend. Girardi said he has given the retiring star permission to play whichever position he desires — except pitcher or catcher — or even to manage the game if he so chooses (Jeter declined that one).

“I’ve given him the leeway to do whatever he wants — different position, different spot in the order,” the manager said. “I thought maybe he might want to lead off one day because he did a lot of that, too. Whatever he wants.”

The most likely outcome probably will involve Jeter serving as the Yankees’ designated hitter for Saturday and/or Sunday (he already has said he has played his final game at shortstop). Whichever spot Jeter plays, though, Girardi said he expects his star to receive nothing but love from the Fenway Faithful despite them spending the last two decades on opposite sides of one of sports’ most heated rivalries.

“I think there will be a great amount of respect,” Girardi said. “Even though it’s a huge rivalry, I think there’s a lot of respect, too. What these organizations have done, what they’ve meant to the game of baseball — I think you’ll see that over the weekend. I wouldn’t expect anything else from the Boston fans. Obviously, they love their team, and they don’t like us to win, but I think they’re great fans, and they show respect for people and they do it the right way.” 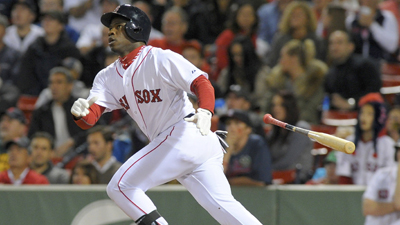