FLORHAM PARK, N.J. — Michael Vick fully supports the man who gave him a second chance in the NFL.

The New York Jets quarterback defended NFL Commissioner Roger Goodell while the league and its teams have come under heavy criticism during the past two weeks over how they are dealing with several players facing domestic violence allegations.

“I think he’s doing a great job,” Vick said after practice Thursday. “I think some situations are more complicated than others. You’re not going to get it right all the time on the first time. These situations that are arising are situations that we have never dealt with before in the NFL from a PR standpoint, just from a situational standpoint.

“It’s kind of new to everybody. That’s why we’re all talking about it right now.”

Goodell has remained mostly silent during the last two weeks as the NFL has dealt with perhaps its most brutal stretch ever, starting last week when video surfaced that showed former Baltimore Ravens running back Ray Rice knocking out his then-fiancee in an Atlantic City, N.J., elevator.

“There’s a lot going on, and there’s a lot of issues that are taking place, and I think in due time, they’ll all be cleaned up,” Vick said. “But it’s kind of hard right now. Hopefully, everything will resume (to) normal in the next couple of months. We just can’t continue to keep feeding into it. Every day, there’s a new story that’s being written about and being talked about. We don’t seem to let it go.”

The pressure has increased during the last several days from lawmakers, sponsors and fans who have taken issue with whether the NFL is acting swiftly enough to investigate or discipline players.

“Nobody’s perfect,” Vick said. “Nobody can make the correct decisions right then and there on the spot when faced with all forms of adversity.”

Vick dealt directly with Goodell when he was suspended in 2007 and reinstated after serving nearly two years in prison for his role in a dog fighting ring.

“You’re not going to get it right all the time the first time.” 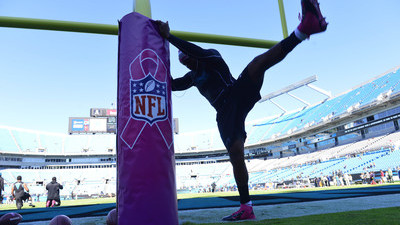 Report: Procter & Gamble Pulls Out Of Cancer Initiative With NFL 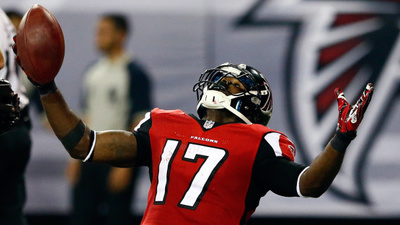