In a season in which the Red Sox spent a large chunk of time trying to find Jacoby Ellsbury?s replacement atop the lineup before finally stumbling upon Brock Holt, it appears Boston found its leadoff hitter of the future.

His name is Mookie Betts.

Betts, who has become Boston?s leadoff hitter with Holt sidelined with a concussion, has thrived in his most recent major league call-up, displaying attributes perfectly in line with a top-of-the-order force. When Red Sox manager John Farrell fills out his Opening Day lineup card next season, it wouldn?t be surprising if Betts is batting first, even if his position on the diamond is very much unknown at this point.

“To have that skill set — on-base, base-stealing ability, and in his case, the ability to impact the baseball with extra-base power — he’s a pretty dynamic skill set,” Farrell told reporters in Kansas City on Friday. “It’s very encouraging to see the athleticism which he plays with.”

To summarize, Betts doesn?t just look more comfortable with each passing day. He already looks like a legitimate game-changer capable of hurting opponents with his bat, his legs and his baseball instincts. Who better to serve as a catalyst in front of Dustin Pedroia, David Ortiz, Yoenis Cespedes, etc., next season?

The biggest question obviously centers on Betts? defense and, more specifically, where he?s going to play moving forward. The 21-year-old has been learning the outfield this season, though he?ll also play second base — his natural position — over the final two weeks with both Pedroia and Holt sidelined. Farrell indicated this week that the Red Sox view Betts as an outfielder long-term, but the addition of Cuban outfielder Rusney Castillo, who projects as a center fielder, creates even more of a logjam.

Betts, Castillo, Cespedes, Holt, Allen Craig, Shane Victorino and Jackie Bradley Jr. all are under contract for 2015. Holt?s versatility should make him a valuable utility player, especially given the uncertainty at third base, and both Craig and Bradley have done little to impress. Nava remains better-suited for a platoon/bench role, meaning Cespedes, Castillo, Betts and Victorino, who is a question mark given his health woes, could be the four main options.

The Red Sox?s stance to this point has been that everything will sort itself out. And perhaps that means the roster will look significantly different by the time Opening Day rolls around, as the Sox have made it abundantly clear they plan to be aggressive this offseason, whether it be in trades or free agency. But unless a worthwhile blockbuster pops up, Betts figures to be a key member of the 2015 squad, regardless of other factors.

Betts at the top could help bring the Red Sox to the top. Just like that Ellsbury guy. 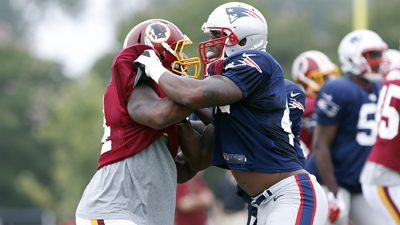 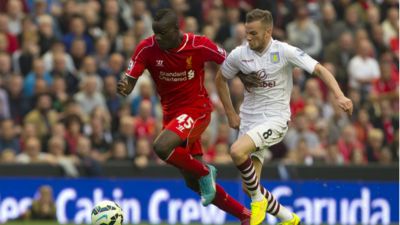