At just 12 years old, Boston Red Sox outfielder Mookie Betts was in a terrible accident that could have killed him.

While en route to a bowling tournament in Kansas City, Mo., from Nashville, Tenn., in the spring of 2005, his stepfather crashed the family SUV into a pole, rolling the car into the median. Betts, who was asleep in the car, was ejected into the middle of the road.

?I got thrown out,? Betts told Boston.com’s Jessica Camerato. ?I was on the road. My mom said if the cars kept on going, they probably would have rolled over me.?

By some miracle, everyone who had been in the car lived. Betts suffered a dislocated wrist, broken toes and a trauma to his jaw. He was told his braces had kept his teeth from breaking.

Betts spent one week recovering in the hospital, and upon the chance to return home, he quickly discovered the post-traumatic stress that follows these horrendous accidents.

?Me and my mom were terrified of riding in the car at that point,? Betts said. ?My dad drove back from Kansas City, and if he went over a little rock, me and my mom would flip.”

Betts was determined to return to school and to sports. Despite being on a liquid diet and in a cast, he still managed to invent a way to make it back to baseball as hit team’s “extra hitter.”

“I put a batting glove on, had my bat and I could kind of wrap my hand around it, and I hit,” Betts said. “I literally played in games with a cast on my wrist. I don?t know how I did it.?

Almost a decade later, Betts made his Major League Baseball debut. He’s a 21-year-old focused on the future. However, what happened in Kansas City changed his outlook on life.

?You can?t take anything for granted,” Betts said. “At that point, I was like life can be taken from you at any time.” 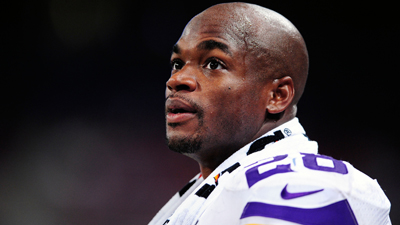 Adrian Peterson Indicted On Charge Of Injury To Child, Out Vs. Patriots