I tried to talk myself into the New England Patriots’ switch to a 3-4 defensive alignment. I thought stout play by the Patriots’ linebackers could bail out Chandler Jones’ lack of ideal size at defensive end. I thought the combination of two 320-plus pound defenders — Vince Wilfork and Sealver Siliga — would be enough to eat up space to clog rushing lanes. I thought it was the Patriots’ best chance to put their top 11 players on the field.

I was wrong, and so were the Patriots.

Knowshon Moreno and the Miami Dolphins’ offense gashed through the Patriots’ three-man front to the tune of 191 yards and 5.0 per attempt. The Patriots’ defensive linemen were thrown around like rag dolls and their linebackers were tangled up five yards past the line of scrimmage. It was ugly, and somehow, someway, it needs to be fixed before the Patriots leave for an unenviable trip to take on Adrian Peterson and the Minnesota Vikings.

NFL Game Rewind didn’t post its coaches film in time, so, unfortunately, I’m basing this week’s film review on the TV tape. Check out what I noticed from the Patriots’ 33-20 beating from the press box and CBS game feed:

QUARTERBACK
— Tom Brady started out great, making any word of a decline seem like typical offseason crazy talk. Then Brady got hit really hard a bunch of times and he started to get that exasperated look that only TB12 can get.

— He didn’t even deny being affected by the beating he took, saying after the game “I just don’t think you want to stand back there and hold the ball when you know they’re bearing down.”

— Brady did his best work in the short-to-intermediate part of the field but completed just one pass — a 44-yarder to wide receiver Julian Edelman — on 10 attempts over 20 yards. Edelman even had to slow down and fight off Dolphins cornerback Cortland Finnegan on the lone deep completion.

— It was odd to see Brady attempt so many deep passes, since he averaged less than eight per game in 2013.

RUNNING BACKS
— Shane Vereen and Stevan Ridley both showed off solid hands out of the backfield. Ridley caught just 10 passes last year, so it was good to see him haul in two reception in Week 1.

— The Patriots ran the ball just six times after the half, as Ridley and Vereen got two carries apiece, Brandon Bolden had one and Brady has the last.

— Vereen ran violently near the goal line, picking up six tough yards, including a touchdown on three carries, lowering his shoulder and plowing through the Dolphins’ line after his offensive line failed to open up a hole.

RECEIVERS
— Kenbrell Thompkins looked like he so badly wanted to hit the turf after catching a pass 5 yards downfield with two minutes left in the second quarter, but he kept running after a slight hitch and continued downfield for nine more yards.

— Edelman had a fantastic first half, catching six passes on seven targets for 95 yards with two rushing attempts for 21 yards.

— Brandon LaFell didn’t have a great showing in his Patriots debut. He didn’t catch a pass on six targets (though most of Brady’s attempts were off), and he was flagged for a costly holding penalty on a screen pass to Edelman in the second half. LaFell had a pass clang off his hands with 3:20 left in the fourth quarter, and he might have lost a ball in the sun with 1:14 left in the game.

— Gronkowski didn’t look 100 percent yet, and Brady was forcing the ball to his big tight end. It didn’t look like he had his mobility back, but he was as powerful as ever.

— Newly acquired tight end Tim Wright continues to impress. He caught just three passes for 15 yards, but he could have a big role in the offense if he continues to improve and build chemistry with Brady.

— Brady’s sacks were allowed by tackles Nate Solder and Sebastian Vollmer and tight end Michael Hoomanawanui, but guard Jordan Devey let up the most total pressure in limited snaps.

— Devey and Vollmer blocked well on both of Edelman’s rushing attempts.

— Center Ryan Wendell and guard Dan Connolly sprung Ridley and Vereen for both of their 11-yard rushing attempts. Connolly had an effective pull block on Ridley’s run.

DEFENSIVE LINE
— The Patriots’ defensive line got pushed around more than I expected. Sealver Siliga was obviously effected by the club over his broken left hand, and his inability to grab defenders seriously limited him. Siliga got pushed around less than his fellow teammates, showing that he should be able to two-gap (hold his defender and fend off two rushing lanes) when he’s fully healthy.

— Joe Vellano was asked to play nose tackle at times, which was odd since Wilfork and Siliga both were active. Vellano, like the rest of his line mates, also got pushed around in the run game. He recorded two pressures against the pass, however.

— Rookie Dominique Easley showed some promise as a pass rusher, pushing back his blocker into quarterback Ryan Tannehill’s pocket, but he over-pursued at times against the run.

LINEBACKERS
— Rob Ninkovich was surprisingly taken off the field on third down and nickel pass-rushing situations. He was asked to cover more than usual — an area which has never been his strong suit. He allowed the Dolphins’ first touchdown on a pass to running back Lamar Miller.

— Jamie Collins was his usual dominant self in the passing game, but he got held up too often in the second level against the run. Jerod Mayo also got held up often at the second level, and made most of his 12 tackles five or six yards downfield. Both players need to dislodge themselves from blocks and fill gaps if the Patriots want to stay in a 3-4. Collins also missed many tackles, and looked to be going for the forced fumble too often.

— Dont’a Hightower might have been the Patriots’ best front-seven player, pressuring the quarterback seven times and setting the edge well against the run.

SECONDARY
— Darrelle Revis allowed just two receptions and had two pass breakups. He allowed a touchdown to Dolphins wideout Mike Wallace, but he also was able to get his hands on the ball. Revis got beat by Wallace on a pass into the end zone, but Tannehill’s pass  was too close to the sideline.

— Safeties Devin McCourty, Patrick Chung, Tavon Wilson and Duron Harmon all played well against the pass and run. The Patriots allowed just one pass over 20 yards from Tannehill. 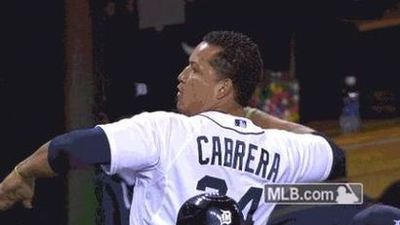 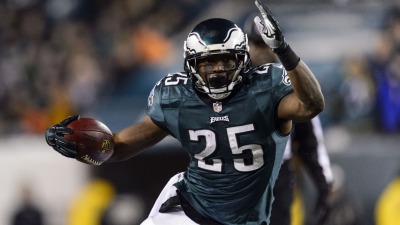