Raiders Give Up Hilariously Embarrassing Touchdown To Dolphins (Video) - NESN.com Skip to content

The Oakland Raiders likely don’t want to go back to London for a very long time.

The Raiders probably felt good about themselves after giving the New England Patriots a game last week before falling just short. They couldn’t carry that momentum to “old” England, though — and that was demonstrated in a very embarrassing way.

The Miami Dolphins took the Raiders to the woodshed Sunday at Wembley Stadium and even chased starting quarterback Derek Carr from the game. Then, on one of backup quarterback Matt McGloin’s first snaps, disaster struck.

McGloin couldn’t handle an errant shotgun snap, and the Dolphins made the Raiders pay. Cortland Finnegan scooped up the loose ball for Miami and was off to the races, scoring a 50-yard touchdown.

The Raiders fell 38-14 and remain winless on the season. 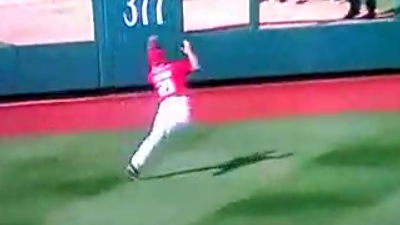