BOSTON — It will be shocking if Christian Vazquez isn?t the Red Sox?s starting catcher in 2015.

Red Sox manager John Farrell stopped short of naming Vazquez his everyday catcher going into next season, but he gave the 24-year-old another vote of confidence Monday. While the Red Sox plan to tap into the catching market this offseason, it appears Vazquez has the inside track on the starting job.

?The best way I can answer that is if we added to our catching group with Christian as the lead catcher, I think what we’ve seen in 175 to 190 at-bats — whatever the total number of plate appearances have been — in addition to the impact he?s made defensively, I think we?d be very comfortable with him if nothing were to change,? Farrell said Monday at Fenway Park.

Vazquez, who assumed a starting role in July after the Red Sox cut ties with veteran catcher A.J. Pierzynski, hit .240 with one homer, 20 RBIs and a .308 on-base percentage in 201 plate appearances spanning 55 games with Boston. He showed an improved offensive approach later in the season, however, and his defense already is elite.

Vazquez threw out an impressive 52 percent of the runners — 15 of 29 — who attempted to steal against him. He also showed leadership, poise and enthusiasm in his handling of the pitching staff, drawing rave reviews from both the coaching staff and the hurlers with whom he worked.

According to Red Sox general manager Ben Cherington, the team will look to add a catcher this winter. The GM didn?t rule out bringing back David Ross, who is a free agent, but it?s possible the Sox could look elsewhere for a backup, especially given the 38-year-old?s offensive struggles this season.

?We?re not making any determination right now on catcher, but we?re certainly not eliminating anyone, either,” Cherington said Monday. ?David, I think when we signed him two years ago, what we were hoping to have happen with that position mostly happened. He?s done a lot for the organization.?

The Red Sox?s roster currently is heavy on right-handed hitters, prompting Cherington to acknowledge that adding a left-handed bat is an offseason priority. The Red Sox might look to kill two birds with one stone, but finding a left-handed-hitting catcher isn?t the be-all and end-all.

?I am not sure it is a priority. I think we just want the best guy,? Cherington said. ?I think adding a left-handed hitter, as I said, would be good. I guess in a perfect world, if that was a catcher, that would be nice. We?d rather have the right guy as opposed to solely focused on being left-handed.?

A two-headed monster behind the plate can be extremely valuable given the rigors of catching. Vazquez?s emergence definitely puts the Red Sox in excellent shape, regardless of whom Boston signs as a tag-team partner for its young catcher. 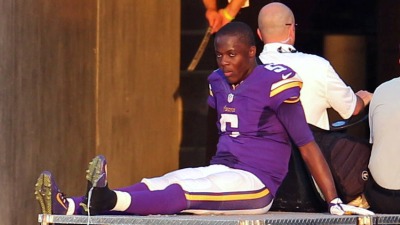