Rajon Rondo won’t be on the court when the Boston Celtics begin training camp Tuesday, but not because he’s been traded.

UPDATE (7 p.m.): The team confirmed that Rondo “underwent successful surgical fixation of a left metacarpal fracture” and said the “injury was a result of a fall at his home (Thursday) night.” He’s expected to miss the next six to eight weeks.

Rondo told the team he slipped in the shower, a source told ESPN’s Jeff Goodman.

This obviously is a huge loss for the Celtics, as Rondo was expected to enter the season at full strength for the first time since 2012. Rondo played in just 30 games last season after returning from an ACL injury and saw limited minutes down the stretch.

The injury also likely will affect Rondo’s trade stock. Many predict Celtics president of basketball operations Danny Ainge will deal the 28-year-old at some point during the season as part of the team’s ongoing rebuild.

Boston was set to enter camp with a deep contingent of backcourt players, but losing Rondo means greater responsibility will be placed on some of the team’s younger guards — most notably, top draft pick Marcus Smart. Smart and second-year pro Phil Pressey are the team’s top two point guards behind Rondo.

The Celtics open their preseason schedule Oct. 6 against the Philadelphia 76ers. 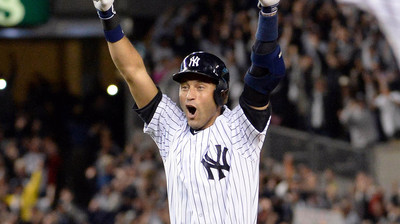