The Revel Casino didn’t close its doors for long.

Parts of the Atlantic City, N.J., casino-hotel where Ray Rice struck his then-fiancee in the face in an elevator, could be re-opening in just a few short weeks, according to an attorney for Florida developer Glenn Straub, who bid $90 million for the property last week, per The Press Of Atlantic City.

The casino certainly received plenty attention of late, as news and video surfaced of the former Baltimore Ravens running back punching his now-wife in the resort.

The incident occurred in February, and the casino officially shut down on Sept. 2, after filing for bankruptcy protection for a second time.

Attorney Stuart Moscovitz believes the building could be up and running quickly. If no other qualifying bids are received before Sept. 24, Straub would become the new owner of the casino, which was originally built for $2.4 billion just two years ago. 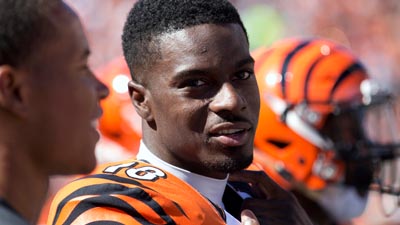 Bengals’ A.J. Green Expected To Return In Time For Week 5 Vs. Patriots

Ex-NFLer Chad Johnson Wants To Play For Canadiens So He Can Fight Lucic, Chara