The public pressure placed on the Minnesota Vikings appears to have taken its toll.

The Vikings announced early Wednesday morning that running back Adrian Peterson has been put on the exempt/commissioner’s permission list. That means the running back will have to stay away from the Vikings while he handles his legal issues.

Those legal issues, of course, center largely around his indictment last week on a felony charge of reckless or negligent injury of a child. Peterson allegedly beat his 4-year-old son with a tree branch to the point where he left marks on the boy’s body. Peterson was also accused earlier this week of beating another one of his sons.

The Vikings ruled Peterson inactive for Week 2 after the indictment, but they activated him for this week’s practices and games on Monday. However, with outside pressure being put on by just about everyone, from sponsors to politicians, the Vikings changed their minds.

“While we were trying to make a balanced decision (Monday), after further reflection we have concluded that this resolution is best for the Vikings and for Adrian,” Vikings owners Zygi and Mark Wilf said in a statement released overnight. “We want to be clear: We have a strong stance regarding the protection and welfare of children, and we want to be sure we get this right. At the same time we want to express our support for Adrian and acknowledge his seven-plus years of outstanding commitment to this organization and this community.”

The decision comes just a day after Radisson Hotels suspended its sponsorship of the Vikings. One of the NFL’s biggest sponsors, Anheuser-Busch, released a strongly worded statement calling on the league to be better, and Peterson jerseys reportedly were pulled from shelves in Minnesota. The state’s governor, Mark Dayton, also publicly condemned the team for its handling of the situation and called for Peterson to be suspended. 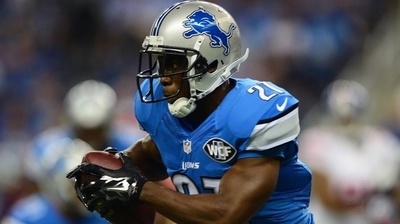 Lolo Jones Eliminated From ‘Dancing With The Stars’ After One Performance