BOSTON — Clichés stink. Sometimes, it?s OK to feed into one, though.

Red Sox shortstop Xander Bogaerts looks poised to prove he?s a better baseball player because of his midseason struggles. The rookie has caught fire this month after a mostly humbling 2014.

“I’m just trying to get back to who I am (and) the kind of player that I am,” Bogaerts said Wednesday after another solid performance. “Just going out there, having fun and trying to put up good at-bats after each other.”

Bogaerts went 2-for-5 with a home run and a double Wednesday as the Red Sox suffered a 10-6 loss to the Baltimore Orioles at Fenway Park. The homer was his second in as many games. He now has hit safely in eight of his last 11 games, during which he?s batting .386 (17-for-44) with three homers, five doubles, seven RBIs and six runs scored.

Bogaerts? recent production coupled with the absence of Dustin Pedroia, whose season likely is over because of a hand/wrist injury, prompted Red Sox manager John Farrell to bump the 21-year-old up to the No. 2 spot in Boston?s order Wednesday. It was Bogaerts? first time batting second since June 23, and he certainly made a case to stay there despite the Red Sox?s defeat.

?Much improved. Much more balanced and rhythm at the plate consistent with when we saw him last year and in earlier stretches this year,? Farrell said of Bogaerts. ?He?s not lunging as much as he was for a period of time.?

It was rather unreasonable to panic about Bogaerts? lack of production earlier this season. Growing pains often are part of the game, even if Bogaerts? troubles — both offensively and defensively — were as surprising as they were ugly.

Bogaerts, who set the bar high for this season with his success during the Red Sox?s 2013 World Series run, hit .161 (40-for-248) from June through August, striking out 71 times and walking only 12 times. It was the first real slump of Bogaerts? baseball life, with some even questioning whether the young infielder had the mental makeup to work through such woes.

“That was a tough three-month stretch,” Bogaerts acknowledged Wednesday.

When it comes to clichés, the whole ?whatever doesn?t kill you, makes you stronger? thing is synonymous with sports. Baseball is built on highs and lows, and it?s quite possible Bogaerts will be an exponentially better player in 2015 because of his early dose of reality.

“Everyone struggles, even the best of the best. I really learned a lot from this year. It will help me a lot,” Bogaerts recently told WEEI.com?s Alex Speier. “I never even would have thought that I would have struggled this way. I never did it in the minors or anytime in my life. ? But reality — I went through it, I’ve kind of gotten out of it and I’m trying to finish strong. But definitely, it’s not easy for someone who’s 21 and struggling with Boston — a big market like this where expectations are so high.”

It?s been a roller-coaster season, but Bogaerts has shown plenty of life lately. He?s alive, well and looks that much stronger. 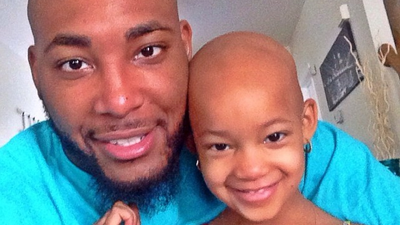