Yasiel Puig was not a happy camper Tuesday night.

The Los Angeles Dodgers outfielder was none too pleased in the first inning against the San Francisco Giants after San Fran ace Madison Bumgarner hit Puig with a pitch on the top of the foot. That set the tone for another emotionally charged showdown between the National League West rivals.

As Puig sat on the ground after being hit with the pitch, he stared out at Bumgarner. The pitcher apparently took exception to that, as he started yelling in at Puig — something that pushed the Dodgers outfielder over the top.

Puig got up off the ground and started screaming at Bumgarner as he went toward the pitcher, before being separated by umpires and teammates. The benches cleared but no punches were thrown and no one was ejected.

There is some history between Puig and Bumgarner. The two exchanged words after Puig hit a home run and flipped the bat against Bumgarner at Dodger Stadium back in May. Adding to the matter was the fact that Puig was hit by Giants pitcher Jake Peavy on Monday night, too.

After the latest issue, it’s clear there won’t be any sort of resolution between Bumgarner and Puig in the near (or even distant) future.

“I don’t think that’s in the cards for us,” Bumgarner told reporters after the game.

Despite a home run and another solid start from Bumgarner, Puig and the Dodgers got the last laugh with a 4-2 win. Los Angeles can win the NL West title Wednesday with Clayton Kershaw going to the mound looking for his 21st win. 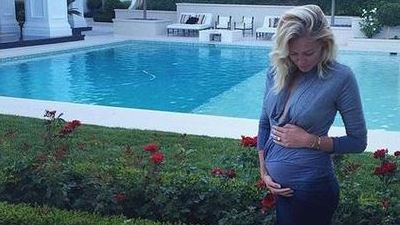