The Toronto Maple Leafs appeared to be headed for a second straight playoff appearance before a second-half collapse (13 losses in last 16 games) dropped them to 12th place in the Eastern Conference and nine points out of the wild card last season.

Toronto’s struggles in the final weeks of the season can be attributed, at least in part, to starting goaltender Jonathan Bernier dealing with injuries and missing games.

Bernier played very well when healthy last season — his first with the Leafs after being traded from the Los Angeles Kings following the 2012-13 campaign. His 26 wins were more than double his previous career best, and he finished with a .923 save percentage despite playing behind a Leafs blue line that allowed the most shots (35.9) per game of any team.

For the Leafs to have any chance of reaching the playoffs, Bernier needs to be healthy on a consistent basis. He’s capable of bailing out his teammates after poor turnovers and other mistakes made in the defensive zone. Toronto doesn’t have the talent or depth on the blue line to win games late in the season if he’s not in net.

Player to Watch
Nazem Kadri set career highs in goals (20), assists (30) and points (50) last season — his first 82-game campaign as an NHL player. The former first-round pick also ranked third on the team with seven power-play goals and 18 points with the man advantage.

Kadri is a quality offensive player with a good shot and slick puck-handling skills, but his defensive game needs work. He fails to consistently back check and his 45.2 win percentage on faceoffs isn’t good enough for a player with top-six talent. If Kadri is able to become a two-way player who Randy Carlyle can trust in defensive situations, he should become the second-line center Toronto has been lacking for many years.

Biggest Strength
The Leafs have a tremendous first line.

Right winger Phil Kessel is one of the best goals scorers in the NHL and was on track to finish second in the Art Ross Trophy race before struggling at the end of the season. He finished the 2013-14 campaign with 37 goals (tying his career high) and 80 points in 82 games. Kessel formed great chemistry with James van Riemsdyk, who set career highs in goals (30), assists (31) and points (61) in 80 games. The 24-year-old winger led all Toronto forwards with 21:03 of ice time per game. Centering those two players is Tyler Bozak, who posted 49 points (19 goals, 30 assists) in just 59 games because of injuries.

When the Leafs need a goal, or just an offensive spark, head coach Randy Carlyle can put his top line on the ice and expect positive results. Not every coach has that luxury.

Most Glaring Weakness
The Leafs struggled defensively last season and we should see more of the same in 2014-15. Losing a top-four D-man in Carl Gunnarsson — who contributed at both ends of the ice and was a good partner for captain Dion Phaneuf — hurts a blue line that already lacked quality depth.

Phaneuf is a good offensive player and plays a physical game, but he can be a liability defensively and was unable to drive puck possession with a disappointing 40.84 corsi-for percentage in 2013-14. In fact, the Leafs had a league-worst 42.82 CF%, so it’s no surprise they allowed a league-high 35.9 shots per game. Toronto’s defensive effort also wasn’t helped by ranking 25th in faceoff win percentage and finishing with the second-most giveaways (892). The team’s penalty kill ranked 28th with a 78.4 percent success rate.

The only notable addition to the blue line from outside the organization was 37-year-old Stephane Robidas, who signed as a free agent. He’s a good player, but his durability is a concern after fracturing his right leg on two occasions last season.

The Leafs won’t come close to the playoffs without improving defensively.

Expectations In 2014-15
The Leafs will be among several teams fighting for a wild-card playoff berth unless injuries to star players such as Kessel or Bernier ruin their postseason chances beforehand. The combination of a potential top-10 scoring offense and a quality No. 1 goalie in Bernier will be enough to help Toronto remain in the playoff race for the entire 2014-15 campaign.

Just don’t expect the Leafs to win a round if they secure a playoff spot. 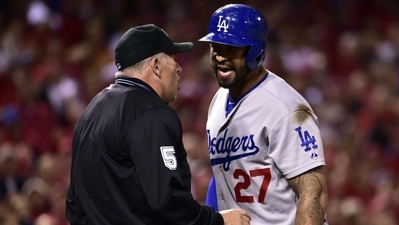 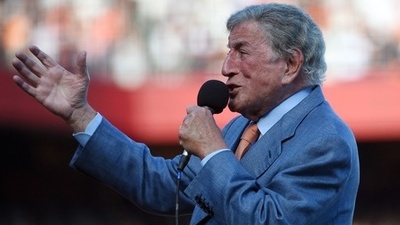