Jay Cutler has a fan in Bill Belichick.

As the New England Patriots prepare to host the Chicago Bears next weekend, Belichick spoke at length about the quarterback and heaped praise on the nine-year NFL veteran, who entered Week 7 with 1,676 passing yards — good enough for fifth in the league — to go with 13 touchdowns and six interceptions.

?He?€™s got an excellent arm. He really can make any throw that you want him to make,? Belichick said during a conference call Sunday. ?He?€™s accurate on long throws, intermediate routes, comeback routes, inside cuts — on the catch-and-run plays, underneath the defense. Smart guy. Reads coverages well. Recognizes blitzes. If a team sends something late and they have a free rusher, he sees those things. He doesn?t get blind-sided or miss them very often. He has a lot of weapons, and he knows how to use them, their different skill levels there.”

The Bears have been wildly inconsistent with Cutler at the helm en route to their 3-4 record this season, looking dangerous in their wins and terrible in their losses. But between wide receivers Alshon Jeffery, Brandon Marshall and running back Matt Forte, the Bears boast a lot of threats that will test the Patriots’ defense.

Regardless of which Bears team shows up against the Patriots, Belichick and Co. have their work cut out for them, as they haven’t faced Chicago in four years. While the two have faced common opponents so far this season — most recently the Miami Dolphins of the AFC East — Belichick said it won’t be easy to prepare for the Bears. 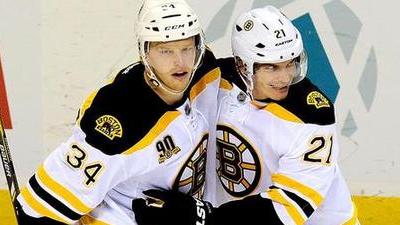