A 34-year-old woman died Thursday after falling off of an escalator at a St. Louis Blues preseason game.

According to the St. Louis Post-Dispatch, Melissa “Missy” Miles of St. Louis was pronounced dead at the hospital with injuries after she fell while sliding down an escalator following the Blues’ preseason game with the Minnesota Wild.

After the game, Miles tried to slide down the escalator with a leg over the railing.

“She straddled the rail as if to slide down butt first,” witness Robert Murray told the newspaper. “She went right over, face first, face down. She was completely unresponsive.”

“The entire St. Louis blues organization is deeply saddened today. Following last night’s home game, a fan riding an escalator in the arena was involved in a fall. Tragically, she died as a result of injuries sustained in the fall. We are working closely with the St. Louis Police Department to investigate the facts surrounding this tragic event.

“Everyone with the St. Louis Blues — our ownership, management, coaches, players, and staff — extends our deepest and heartfelt sympathies to the woman’s family and friends. We will keep them in our thoughts and prayers, and we ask all Blues fans to do the same.” 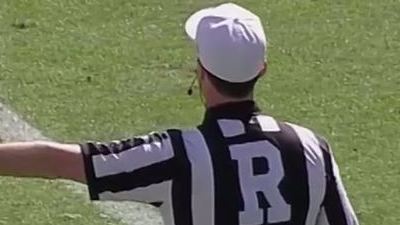