ORCHARD PARK, N.Y. — Maybe it never was the complex offensive system; perhaps the New England Patriots were just bringing in the wrong wide receivers for years.

Brandon LaFell and Brian Tyms sure didn’t appear to have a hard time grasping the Patriots’ impossible-to-learn offense Sunday afternoon in New England’s 37-22 win over the Buffalo Bills at Ralph Wilson Stadium.

LaFell had his second monster performance in three games, catching four passes for 97 yards with two touchdowns, including a 56-yard catch and run to clinch the win. Tyms caught a 43-yard bomb from quarterback Tom Brady, running past two defenders and leaping over cornerback Stephon Gilmore.

Tight end Tim Wright had another touchdown grab, while Rob Gronkowski and wide receiver Julian Edelman were their usual dependable selves. The Patriots’ offense is rounding into shape just two weeks after they were supposedly dunzo.

It’s obvious through six games this year that Brady has more confidence in his receivers than he did last year, when he was forced to work with newly-signed free agent Danny Amendola (who was held catchless Sunday) and rookies Aaron Dobson, Kenbrell Thompkins and Josh Boyce.

“Whoever’s number’s getting called, that’s what good offenses are. Whoever is out there has to produce, and guys are playing big roles, and we are trying to find things that work.”

Brady found plenty that worked on his way to a 27-of-37 (73 percent) performance for 361 yards with four touchdowns and zero turnovers. Brady was in rare form, and Tyms and LaFell add a bigger, more confident presence than the Patriots had in 2013.

Tyms proved Sunday that he’ll need to be accounted for whenever he takes the field. The defense will need to protect the back half of the field, or else he’ll make them pay.

“That guy is pure speed,” Lafell said about his teammate after the game. “The things he does in practice, he does the same in a game. The way he went up and got the ball, I was so excited for my guy.”

Tyms’ touchdown was the first of his career, and Sunday’s matchup against the Bills was his Patriots debut after coming off a four-game suspension for violating the league’s performance-enhancing drug policy. Tyms received snaps before Dobson, which means that the second-year receiver might have leapfrogged the 2013 second-round pick on the depth chart.

As long as Tyms keeps sprinting past defenders, he should get to see more opportunities as he continues to gain the trust of Brady.

“Just being around him gives you confidence,” Tyms said about Brady. “He’s not what everybody thinks he is. He is a really good guy. He’s down to earth, he will work with you. He treats everybody the same. It’s not just a select few people. Just that in iteself gives me a lot of confidence. Whether I get one play or 10, I could care less. I just go out there and give full effort.” 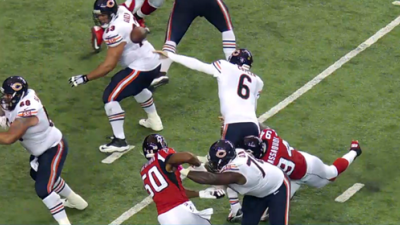 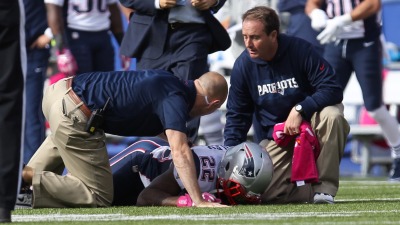 Which Patriots Injury From Win Over Bills Is Most Concerning?