The hot corner is a hot topic for the Boston Red Sox.

Will Middlebrooks? second consecutive disappointing season has cast a cloud over the Red Sox?s 2015 third base situation. Boston must strongly consider pursuing an external option to avoid a potentially gaping hole, and a couple of free agents, Pablo Sandoval and Chase Headley, should be of interest.

The Red Sox?s third baseman of choice will depend on their willingness to spend, and, more specifically, how much they?re willing to allocate to improving the position. Boston already has its hands full this offseason by virtue of a depleted starting rotation, and improving that unit figures to be an expensive endeavor.

Sandoval perhaps is the best option available, though Hanley Ramirez, a shortstop by trade who also has experience at third base, might have something to say about that based on his peak performance. The problem with Ramirez is that there?s such a discrepancy between his highest points and his lowest points that it?s difficult to justify making a sizable financial commitment for the Red Sox draftee, especially when you factor in his various injury issues over the last four seasons. (Ramirez has averaged 116 games per season since the beginning of 2011.) Ramirez also is right-handed whereas Sandoval is a switch-hitter, something that undoubtedly will weigh heavily in the minds of the right-handed-heavy Red Sox.

When you add that Sandoval is a pretty good defensive third baseman, it?s easy to see why the Red Sox should at least pick up the phone this offseason. His postseason track record, highlighted by World Series MVP honors in 2012, also is extremely appealing to a team with playoff aspirations. The question is whether his resume is too good, as the Red Sox?s other holes — rotation, bullpen, backup catcher — could cut into their budget for a third sacker to the point where Boston must consider a financially friendlier alternative. (Reports/speculation have pegged Sandoval as a potential $100 million player.)

Aramis Ramirez could become a target if his mutual option with the Milwaukee Brewers isn?t exercised. But he?s turning 37 and coming off a couple of injury plagued seasons. He?s also right-handed.

That leaves Headley as a very sensible solution for the Red Sox. While Headley?s 2012 season, in which slugged 31 homers, drove in 115 runs and finished fifth in National League MVP voting, was an aberration, the 30-year-old?s production with the New York Yankees following a July trade shows he?s still capable of contributing at the dish. He?s also a left-handed hitter, which, again, is Boston?s preference.

Headley?s true impact would be felt on the defensive side. He?s one of the best defensive third basemen in Major League Baseball, and the Red Sox?s third base trio of Middlebrooks, Xander Bogaerts and Brock Holt struggled considerably in the field in 2014. One mustn?t look any further than the Kansas City Royals, who are gearing up for a World Series clash with the Giants, as proof that defense often is both underrated and paramount.

Landing a new third baseman might not be the Red Sox?s No. 1 offseason priority. Their plate certainly is full. It should be near the top of their to-do list, though, and Headley represents the best target based on the totality of the situation. 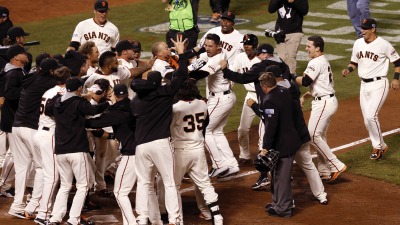 This Travis Ishikawa-‘Shot Heard ‘Round The World’ Mashup Rules (Video) 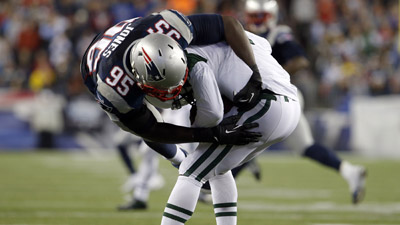