WALTHAM, Mass. — Jared Sullinger and Kelly Olynyk won’t have to wait long for their first true test of the 2014-15 season.

Howard’s Houston Rockets enter the weekend on the back on two decisive road wins, having knocked off the Los Angeles Lakers and Utah Jazz by 18 and 21 points, respectively. Howard posted a double-double in each victory — just like he did in 52 of the 77 games he played in last season — despite foul trouble that limited him to 53 total minutes.

The Celtics also began their season in impressive fashion — smoking the Nets 121-105 on Wednesday night — but were helped along by an injury that sidelined Brooklyn All-Star center Brook Lopez. With Brooklyn putting an emphasis on limiting Boston’s 3-point attempts, the Celtics were able to gash the Nets down low for easy layups and put-backs, resulting in 62 points in the paint.

They’ll receive no such relief against the Rockets.

Given the physical mismatch between Howard and the Celtics’ bigs, Sullinger said the key is to keep the ball out of the eight-time All-Star’s hands.

Unlike Sullinger and Olynyk, who compensate for their lack of size by spacing the floor and shooting more mid- to long-range shots, Howard does almost all of his damage at the rim. Of the 466 baskets he made last season, 453 came in the paint (shot stats via Vorped.com). He’s a guy no Celtics player — and few around the NBA — can guard one-on-one and hope to have success.

“I think you just have to defend a guy of that caliber as a committee,” Celtics head coach Brad Stevens said. “It’s got to be multiple people at different times in the game. And then on the other end of the court, I think it’s best not to challenge him when he standing in front of you right at the rim.”

Stevens stressed the use of spacing and ball movement — both pillars of his system — as a way of circumventing Howard on the offensive end.

What makes the Rockets truly dangerous, however, are the pieces they have surrounding their big man. While not an upper-case “Big Three,” the trio of Howard, James Harden and newcomer Trevor Ariza gives Houston a multifaceted and very dangerous offensive attack. The three have combined to score 118 of the team’s 212 points thus far, and Stevens is aware of the matchup problems they can create.

“I think you can easily start a list of most talented two-guards and centers with James Harden and Dwight Howard,” Stevens said. “So, that’s a problem. And the guys around them obviously are very good players, and the system is set up to spread the floor and give those guys as much room as they can to operate, so it’s a challenge.” 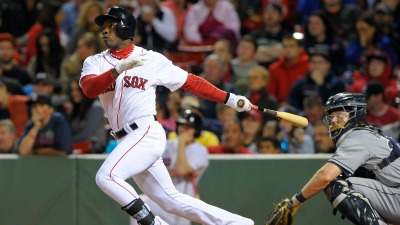 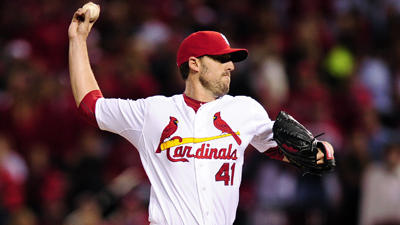