As disastrous as A.J. Pierzynski?s run with the Boston Red Sox was this season, there was one pitcher who developed an excellent on-field rapport with the veteran catcher.

John Lackey, who was traded from the Red Sox to the Cardinals at the Major League Baseball non-waiver trade deadline, will toe the rubber for St. Louis on Tuesday in Game 3 of the National League Championship Series against the San Francisco Giants. He?ll be paired with Pierzynski, who formed a solid battery with the right-hander in Boston despite an otherwise tumultuous tenure.

“A.J. and I are good,” Lackey told reporters Monday at AT&T Park. “Obviously I threw to him in Boston this year. So you know, if somebody has to do it, I?m probably the right guy to do it, for sure, as far as getting (Pierzynski) back in the lineup. But he?s an aggressive game-caller and I think I?m a pretty aggressive pitcher. I think our styles match up pretty good together.”

Cardinals manager Mike Matheny is forced to call upon Pierzynski in the NLCS because All-Star catcher Yadier Molina suffered an oblique injury in Monday?s Game 2 walk-off win. Tony Cruz is Matheny?s other catching option with Molina sidelined, but Pierzynski is the more desirable choice because he?s a left-handed hitter with far more experience. The 37-year-old’s connection with Lackey helps, too.

“I caught probably 20 of Lack?s starts,” Pierzynski told reporters Monday. ?I think we?re a good match. He?s an aggressive pitcher and I?m an aggressive catcher so I think we?ve worked well together.?

Lackey had a 4.24 ERA in 20 regular-season starts caught by Pierzynski. It was a much higher mark than the 3.02 ERA that Lackey posted in 11 starts caught by Molina, Cruz or the Red Sox’s Christian Vazquez, but his strikeout-to-walk ratio (4.52) was better with Pierzynski behind the dish and the tandem appeared to be on the same page in Boston despite reports suggesting some of the club?s other starters preferred to work with David Ross.

“I can?t control what people are going to say or what they?re going to write,? Pierzynski said in late May, less than two months before Boston designated him for assignment, opening the door for him to sign with St. Louis. ?All I can do is go out and give everything I have and that?s all I?ve ever done. And with Lack it?s fun. It?s fun to go out there with him. It?s fun to go out with all these (Red Sox) pitchers. I think we have a good staff.?

Pierzynski?s stint with the Red Sox obviously didn?t go so well. But contrary to popular belief, not everyone hates the polarizing backstop. In fact, some people, including Lackey, actually like the guy. 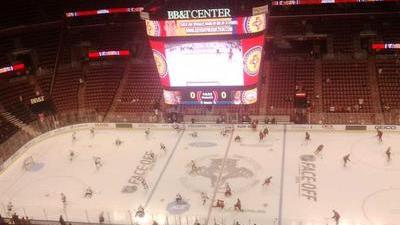