Editor’s Note: This fantasy hockey feature will run each Monday on NESN.com. It will showcase which players fantasy owners should sit and start on their team. We also will post a weekly fantasy recap each Sunday highlighting the stars, duds and best waiver wire pickups.

Fantasy hockey is in full swing and it’s important to start the season strong to avoid playing catch up in the middle months of the campaign.

The best way to avoid a poor start is to start the right players. A few important factors that should play key roles in your decision-making are quality of linemates, special teams ice time (does this player take part in the power play?) and matchups.

Let’s take a look at four players to start and sit as the second full week of the 2014-15 season begins. Of course, superstars such as Sidney Crosby and Erik Karlsson should be started regardless of performance.

START
Patric Hornqvist, Winger, Pittsburgh Penguins: Any player on Sidney Crosby’s wings should be started every night, which is why Patric Hornqvist is a must-play this week. He’s tallied eight points (four goals, four assists) with a plus-2 rating in just four games. Hornqvist also is making a positive impact on the power play with five points (one goal, four assists) and an astounding 4:00 of ice time with the-man advantage per game.

Mason Raymond, Winger, Calgary Flames: Raymond is tied for second in goals scored (five) and has seven points with a plus-2 rating in seven games. He’s a great option for a flex spot on your team’s roster, but right now he’s worthy of a starting winger spot. Raymond also receives power play time, and has a few quality matchups this week against the Carolina Hurricanes (23rd in goals against) and the Montreal Canadiens (26th in goals against).

Mike Cammalleri, Winger, New Jersey Devils: The Devils are off to a good start this season and Cammalleri’s scoring production is one reason why. The veteran forward has five goals, seven points and a plus-2 rating in seven games. He also has favorable matchups this week against the New York Rangers, Dallas Stars and Ottawa Senators.

Darcy Kuemper, Goaltender, Minnesota Wild: Kuemper is making a strong case to be the Wild’s starting netminder throughout the season with a 2-1-0 record, a 0.67 goals against average and a stellar .972 save percentage. Fantasy owners also should know that Minnesota allows the fewest shots per game (22.0), which makes life a lot easier for its goaltenders.

SIT
Nail Yakupov, Winger, Edmonton Oilers: The only player on the Oilers roster who should be started in all types of leagues is Taylor Hall. Yakupov has scored one goal in his first five games with a minus-6 rating and just eight shots. The Russian forward has tons of talent, but fantasy owners should not trust him until he consistently produces points.

Jake Gardiner, Defenseman, Toronto Maple Leafs: Many people expected Gardiner to enjoy a successful 2014-15 campaign, especially from a scoring perspective given his impressive offensive skill set. He’s struggled so far, though, with only one point in four games. Gardiner has been a healthy scratch at times this month, which is a concern for fantasy owners. Don’t play him until he shows some consistency.

Victor Hedman, Defenseman, Tampa Bay Lightning: Hedman is out 4-6 weeks with a broken finger, which is a huge loss to the Lightning blue line and fantasy owners everywhere. The Swedish defenseman was tied for the league lead in scoring among blueliners with seven points at the time of his injury. Even though he will be out for a while, there’s no need to drop him in any type of fantasy league. Hedman should be able to play at a high level when he returns, and still is a great option for owners in keeper/dynasty leagues.

Mike Smith, Goaltender, Arizona Coyotes: Smith has disappointed so far with a 1-2 record, a 5.33 GAA and an .822 save percentage in three starts. The veteran goaltender had his worst season as a member of the Coyotes in 2013-14, and nothing he has done this year should convince fantasy owners that he’s a legitimate No. 1 option. Working against Smith from a fantasy perspective is that he plays in one of the toughest divisions in the league. 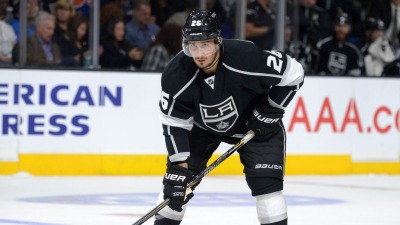