Sandoval has a track record of postseason success with the San Francisco Giants. He earned World Series MVP honors in 2012 and currently is seeking his third title in five seasons. According to Giants teammate Jake Peavy, Sandoval?s ?it? factor in October is something few players across Major League Baseball possess.

?Pablo is as big-time of a player as I?ve played with and I?ve played with some great, great guys — David Ortiz, the flair for the dramatic, probably the most clutch player I?ve ever played with, nobody?s as clutch as that guy,? Peavy told reporters before Game 1 of this year?s World Series against the Kansas City Royals. ?That being said, this guy is a very, very close second. This guy revels in being on the big stage, having the moment. This guy?s ready — loves the big games. Watch the way this guy plays in the big games.?

The two-time All-Star has an impressive regular-season resume, too, but increased pressure seems to bring out the best in Kung Fu Panda — not unlike Ortiz, whose greatness Peavy witnessed firsthand in 2013.

“This guy is a champion. Three of five years this guy’s been in the World Series,? Peavy said of Sandoval. ?Look at the big hits. Look at how this guy plays. I know who he is. I know what he brings to the field.?

“This guy has a flair of the dramatic,? Peavy added, ?and he has that David Ortiz spirit.?

Ortiz showed last October he?s on a whole different planet when it comes to performing in the clutch. The Red Sox have won three World Series in his 12 seasons with the organization, and Big Papi has played a major role in each, including the 2013 title Peavy also contributed to. Boston fell on hard times in 2014, though, and Sandoval is an intriguing potential offseason target given the club?s third base situation.

“I hear his weight might be an issue,? Peavy said of the 250-pound third sacker. “But if there’s not 30 teams interested in Pablo Sandoval this winter, I’ll question what your team is about.

Whichever team signs Sandoval this offseason will be making a big acquisition, for sure. 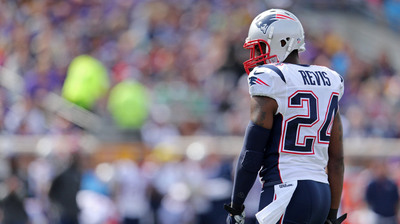