BOSTON — Johnny Boychuk understands the business of the NHL, even if it’s difficult to deal with at times.

The Bruins went into training camp with eight NHL-caliber defenseman, many of whom were on one-way contracts and/or needed additional ice time at the top level to continue their development.

Boychuk knew it was possible that he could be the odd man out. Ultimately, he was traded to the New York Islanders three days before the start of the season in exchange for two draft picks and a conditional selection. Even though it was tough to leave Boston, Boychuk is grateful for the chance the Bruins gave him after coming to them via trade in 2008.

Boychuk will play against his former Bruins teammates for the first time Thursday night. Boychuk spent six seasons in Boston, so sitting on the opponent’s bench was an unusual feeling for the 30-year-old.

“It was definitely different, just walking into the opposing dressing room was a little bit different,” Boychuk said. “Seeing all the guys pre-game skating, it’s different, that’s for sure. … It’s going to be a little bit weird — you’re used to practicing with them and being around them all the time, and now you’re playing against them a few weeks after. It’s different, even sitting on the bench and being on the other side.”

Boychuk has settled in nicely with the Islanders, who are off to a fantastic 4-2 start. The Edmonton native has tallied six points (two goals, four assists) in six games while also receiving 4:07 of power-play ice time per game as a top-four defenseman. He’s impressed with the talent in the Islanders’ locker room and likes the direction the team is headed.

“Definitely, we have great forwards, great D, goaltending, we work hard,” Boychuk said when asked if New York can become a contender. “It’s definitely not out of the question. We just need to execute and believe in ourselves. … The talent is unbelievable here, that’s for sure. We have a great team. The skill set is very high.”

The Bruins started the season slow, losing four of their first six games before earning back-to-back victories over the last six days. Boychuk is confident that Boston will improve soon.

“Yea, of course, They always find a way,” Boychuk said. “I remember after we won (the Stanley Cup in 2011), everyone was saying what a tough time we had. Then we turned it around in November and went undefeated.” 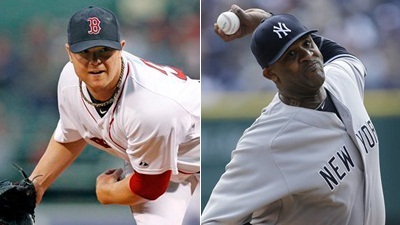