Katy Perry is having herself quite a weekend.

For whatever reason, the pop star decided to head down to Oxford, Miss., to watch 11th-ranked Ole Miss take on No. 3 Alabama. She began Saturday by appearing on ESPN’s “College Gameday,” where she proceeded to throw corn dogs and profess her love for Oklahoma quarterback Trevor Knight (Sorry, Katy: He’s taken).

Perry also picked the Rebels to upset the Crimson Tide, and she looked like a genius after Ole Miss stormed to a 23-17 win. Never the shy type, Perry gloated on Twitter — at the expense of Alabama head coach Nick Saban.

Yet the party had only begun for the 29-year-old singer. The win naturally sparked a wild celebration in Oxford, and Perry didn’t miss out on the fun.

We’re not sure what prompted Perry to pick Ole Miss as her destination of choice (she’s a California native), but she sure made the right choice. 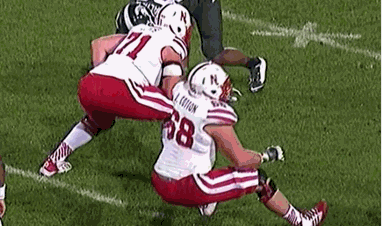