The injury occurred during the first period of Saturday night’s 4-0 Bruins win over the Sabres when Miller and Buffalo forward Nicolas Deslauriers dropped the gloves. At the end of the fight, Miller appeared to injure his arm as he fell to the ice, landing awkwardly on his elbow. He left the game and did not return.

The defenseman was not at practice Monday morning at Ristuccia Arena. Matt Bartkowski, who has been a healthy scratch the last three games, was skating alongside Adam McQuaid and is expected to start in Miller’s place, according to BostonBruins.com.

“You never want to see it under this circumstance,” Bartkowski said when asked about Miller’s injury, via Bruins.com. “Millsy’s a good friend of mine. I never want to see any of these D get hurt. But, like you said, it’s good to get back in and play some games.”

In other Bruins news, the team recalled Seth Griffith from Providence, one day after sending him down. Griffith, who was a healthy scratch for the win in Buffalo, skated alongside David Krejci and Milan Lucic on the top line at practice. Ryan Spooner, who also was sent down to the P-Bruins with Griffith on Sunday, was not recalled.

Griffith tallied an empty-net goal during Providence’s 3-1 win over Portland on Sunday. 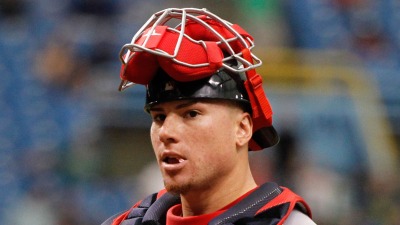