Dayton Moore is making out just fine as general manager of the Kansas City Royals. The Boston Red Sox certainly aren?t complaining about their GM, Ben Cherington, either.

Moore forever will be linked to the Red Sox, though, as the organization interviewed him for its general manager job following the 2005 season, when former Boston GM Theo Epstein briefly stepped away.

?He was a guy who (former assistant to the GM) Bill Lajoie had touted from time to time to me,? Red Sox president and CEO Larry Lucchino told WEEI.com?s Rob Bradford last week. ?During that (time), I was talking to Bill during that period.

?We had come to trust Bill?s judgment and experience. During that period, he had pressed for us to interview Dayton Moore, and we did. He was a player personnel guy, but he had no GM experience or even administrative experience that I could remember. He was a player evaluator, which is of course what I consider to be the most important job when hiring a guy. How to evaluate player talent is No. 1 on the list.?

Moore, who was the Atlanta Braves? assistant GM at the time of his interview, eventually withdrew his name from consideration for the Red Sox gig. Boston filled the vacancy with Cherington and Jed Hoyer, though Epstein later rejoined the organization and served as the GM until 2011. Moore ended up becoming the Royals? GM in 2006.

It was a struggle at first for Moore, who took over baseball?s worst team. But Kansas City has since returned to relevance, with Moore playing a critical role in turning the club into a legitimate contender.

?We always like to confirm our judgment about people,? Lucchino told Bradford. ?It pleases me that a guy like this got his chance to make good, and it sort of confirms that maybe we were on the right track.?

?He seemed like a precise kind of guy, and you add that to his reputation as an evaluator, you see someone who is going to almost inevitably be a GM,? Lucchino added.

The Royals now are two wins away from reaching the World Series for the first time since 1985. The Red Sox have won two titles since Moore?s interview, with 2013 being a product of Cherington?s skilled maneuvering.

Neither team is complaining about how things turned out. But the roads certainly are intertwined.

Dave Beasant, 55, On Bench For Stevenage In Pro Soccer Game In England 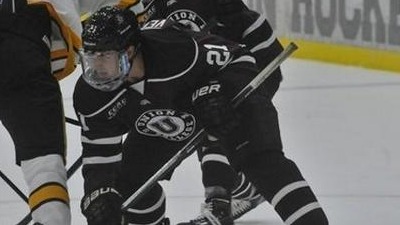