Liverpool is celebrating the win after the extraordinary goal explosion in the final stage of the game. The teams scored four goals (two apiece) in the last eight minutes, producing an ending that will live long in the annals of the Premier League.

While the Reds will be happy with the outcome, they will be disappointed with the level of their performance. Liverpool didn’t create enough scoring chances and, aside from Coutinho, its attackers didn’t convert the opportunities with which they were presented. Luckily, QPR scored two goals on Liverpool’s behalf, which stood as the difference between winning and losing.

90th minute +6, 3-2 Liverpool: Toure replaces Sterling, as Liverpool looks to lock up the win in the final minute of added time.

90th minute +5, 3-2 Liverpool: Caulker scores an own goal, and Liverpool has the lead once again.

The goal came from a counter-attack. Sterling received a pass inside QPR’s penalty area and tried to cross to Balotelli. Caulker then intervened and poked it past McCarthy.

90th minute +3, 2-2: Balotelli misses a chance to win the game from close range. Balotelli tried to beat McCarthy with a back-heel flick, but it went wide of the post.

90th minute +2, 2-2: Vargas scores again, and QPR ties the game. Vargas headed a corner kick through the legs of Allen, who was stationed at the near post.

90th minute, 2-1 Liverpool: There will be a minimum of four minutes of added time in the second half.

The goal came from a counter-attack. Gerrard led the charge and passed to Coutinho at the top of QPR’s penalty area. Coutinho inside and shot. It deflected off of Caulker and rolled past McCarthy.

87th minute, 1-1: Vargas scores the game-tying goal late in the second half.

Vargas started the sequence by crossing into the Liverpool penalty area. The pass deflected off Lovren’s head and flew to Austin, who headed from the near post back to Vargas. The QPR substitute finished it off with aplomb.

85th minute, 1-0 Liverpool: Traore heads a shot on goal, but Mignolet stops it.

Skrtel is back in the game.

84th minute, 1-0 Liverpool: Skrtel may have suffered a head injury. The Liverpool defender walks off the field, presumably for a concussion check.

82nd minute, 1-0 Liverpool: Skrtel is cautioned for a foul on Austin.

80th minute, 1-0 Liverpool: Henry is cautioned for a barging over Allen.

75th minute, 1-0 Liverpool: Austin curls a shot around Lovren (from the top of Liverpool’s penalty area), forcing Mignolet to make another diving save.

71st minute, 1-0 Liverpool: Johnson is cautioned for a foul on Traore.

67th minute, 1-0 Liverpool: Dunne scores an own goal, and the Reds take the lead.

Liverpool punished QPR’s lapse in concentration. Sterling took a quick free-kick, passing to the overlapping Johnson, who hit a low cross into the goal mouth toward Balotelli. Dunne redirected it into the goal.

66th minute, 0-0: Liverpool is making a pair of substitutions.

Coutinho and Allen enter. Lallana and Can exit.

Sterling created the opening with a slashing dribble from the midfield. Sterling passed to Lallana, who forced McCarthy into making a save.

The rebound fell to Balotelli, but he amazingly shot over the gaping goal from less than 10 yards out.

60th minute, 0-0: The game is over for Sandro. The QPR midfielder has limped off the field with an apparent injury.

55th minute, 0-0: Austin out-muscles Skrtel once again and tries to test Mignolet with a shot from an impossibly tight angle, but it rolls wide.

48th minute, 0-0: Liverpool counter-attacks with speed, but it ends when Henderson shoots well over the crossbar.

QPR made one change at halftime. Onuoha exits, reportedly because he suffered a hamstring injury. Phillips replaces Onuoha.

Halftime, 0-0: That’s the end of the first half. It’s goal-less at Loftus Road.

The first half was the opposite of what Liverpool partisans wanted or expected. QPR outplayed Liverpool for much of the half and created more higher quality scoring chances than the Reds. The only saving grace is the score-line.

Fer hit the crossbar twice. Austin had a pair of chances that other strikers would have buried. Few would cry “injustice” if QPR led by two goals.

But they don’t, and the game still is goalless.

Liverpool must cut QPR’s service to Zamora and do a better job of tracking the late runs from the midfield. Henderson, Can and the fullbacks must offer more support going forward, while Balotelli must make better decisions and shoot more accurately.

45th minute, 0-0: Dunne is cautioned for a foul on Sterling.

It was Liverpool’s first scoring chance of the game.

43rd minute, 0-0: Zamora misses the target with a free kick. The QPR striker has done just about everything right so far.

35th minute, 0-0: Balotelli slices a shot high and wide of McCarthy’s goal. The Italian should have done better, considering the amount of time and space he had at his disposal.

Zamora crossed into the penalty area, Mignolet raced off his line to intercept it, but Fer out-jumped the Liverpool goalkeeper and headed off the crossbar.

Sandro and Austin followed up first and shot but Johnson blocked it off the goal line. Skrtel then arrived and cleared the danger.

The opportunity came from a counter-attack. Zamora slid a pass across the penalty area for Fer, who ran onto it and shot powerfully. Fer’s effort beat Mignolet, but crashed off the crossbar.

26th minute, 0-0: Balotelli turns and shoots from a tight angle, but it flies straight to McCarthy.

25th minute, 0-0: Liverpool looks like it has settled into the game, having cut down QPR’s share of possession.

Balotelli still is struggling to link up with Liverpool’s other attackers, which is one reason why the Reds haven’t seriously tested McCarthy.

17th minute, 0-0: Lallana makes a heavy, but fair, tackle on Zamora, which leaves the QPR striker writhing on the ground in pain. Zamora will be able to continue, and Lallana escapes the referee’s book.

Ninth minute, 0-0: Austin barges past Skrtel and has a good shot at the goal, but Mignolet races off his line and intervenes. Austin then recovers the loose ball but shoots into the side netting.

Eighth minute, 0-0: QPR has put Liverpool under pressure early on by pushing the game into the Reds’ half and attacking from the wide areas.

QPR hasn’t created any clear-cut scoring chances so far but it has enjoyed the better start.

Kickoff: The Premier League game between Liverpool and QPR is underway at Loftus Road.

Pregame: Liverpool’s defense has a new (and old) look to it.

Enrique and Johnson start at the fullback positions. Alberto Moreno and Manquillo have played the bulk of the games so far, as Sunday’s starters were recovering from injuries. Lovren has shaken off a groin injury he suffered while on international duty with Croatia. The Croatian takes his place next to Skrtel at the heart of Liverpool’s defense.

Can makes his first-ever start for Liverpool. The German midfielder has struggled with injuries since joining the Reds in a £9.75 million ($16.3 million) transfer last summer.

Balotelli starts up front after watching most of the Oct. 4 win over West Brom from the bench.

Here’s what the managers had to say before kickoff:

Both Liverpool and QPR struggled through the early stages of the 2014-15 season, and the teams are hoping a win can kick-start their respective climbs up the standings.

QPR must go further than any other team, as it currently sits dead last in the Premier League standings after seven games. Manager Harry Redknapp already is under pressure and he’s looking for a vastly improved performance from his newly promoted team.

The international break was a busy time for Liverpool. Several Reds played for their national teams, while others stayed behind and worked on aspects of their game. Manager Brendan Rodgers and Liverpool fans want to see familiar levels of defensive pressure, sharp passing and high-octane attacks, which are hallmarks of Rodgers’ Reds.

Liverpool will be without Daniel Sturridge on Sunday. Sturridge suffered a calf injury during practice this week.

Liverpool-QPR kicks off at 8:30 a.m. Stay right here for all the action from Loftus Road. 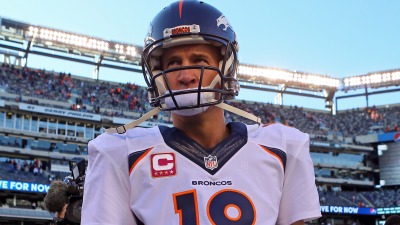 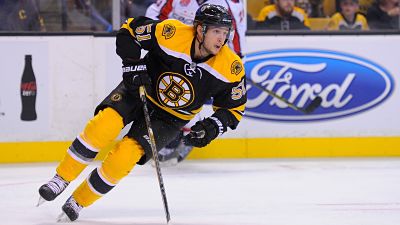