Liverpool had to win this one. Any other result simply wouldn’t have sufficed on Oct. 4, 2014.

The Reds now are celebrating three hard-earned points following their 2-1 Premier League win over West Brom on Saturday at Anfield. Adam Lallana and Jordan Henderson scored the goals for Liverpool, which was fitting since they were the two best players on the field.

After the game, Brendan Rodgers praised his team for the character it showed in a win he described as “vital.” Rodgers wasn’t advancing any agendas or playing subtle mind games with his comments. This was straight talk from the Liverpool manager.

Liverpool faced a barrage of criticism this week. A home draw against Everton in the Premier League and a loss on the road against Basel in the UEFA Champions League prompted the media to producea torrent of “What’s Wrong With Liverpool?” pieces. Some even wondered aloud if the current mediocrity was Liverpool’s new reality in the post-Luis Suarez era.

Liverpool had no choice but to stand and be counted against West Brom — a team that has impressed in recent weeks and sat higher in the standings at kickoff. There’s no disputing the fact that the result was the perfect tonic. However, The Reds’ performance was decent enough to deserve three points but nowhere near a level which would warrant a singular superlative (let alone plural).

The season is six weeks old, and the October international break is upon us. West Brom was Liverpool’s 10th opponent so far this term, giving us the perfect opportunity to gauge Liverpool’s current level.

Liverpool won thanks to two superb goals from midfield players at key moments in the game — a minute before halftime in Lallana’s case and three minutes after Saido Berahino tied the game in Henderson’s. Liverpool struggled to impose itself on West Brom throughout, and the goals weren’t the products of sustained pressure or attacking dominance. Rather, they were demonstrations of quality from two players who are fit, sharp and confident. Should Liverpool show signs of continued improvement in the coming weeks or months, you can be sure Henderson and Lallana will play key roles, as they assume an increasingly greater share of responsibility for leading their team out of this early-season funk.

On the flip side, Rickie Lambert started ahead of Mario Balotelli as the lone front-man but the 32-year-old failed to convert the chances that came his way. Balotelli failed to score in 30 lively minutes of work. Injured striker Daniel Sturridge can’t return to action soon enough.

Liverpool will lament another failure to shut out an opponent. Berahino converted a penalty kick that shouldn’t have been awarded in the first place, but that doesn’t mean Liverpool deserved a coveted clean sheet (or shutout). West Brom didn’t attack incisively and often gave the ball away. Yet, the Baggies would have scored at least once if Berahino’s finishing was sharper or if Liverpool goalkeeper Simon Mignolet hadn’t made a couple of big saves.

Liverpool’s win over West Brom left plenty of room for improvement, but the Reds showed renewed signs of life Saturday. While Reds’ passing tempo and pressing hunger wasn’t very high, it was much better tactically and passed with greater purpose than it did against Basel. The difference between Liverpool and West Brom ultimately lied in the superior quality of the Reds’ individuals.

There’s nothing wrong with that. This new-look Liverpool has some good, even excellent, players in its squad. A few of them played like it against West Brom. 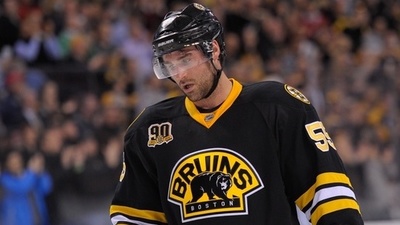