BOSTON — Two things motivated Rajon Rondo to get into the best shape of his life this past offseason.

One was a challenge from his boss, Celtics president of basketball operations Danny Ainge. The other might come as more of a surprise.

?He?s a guy who usually dominates the ball like myself, but in the Finals he got off the ball a lot and he never stopped moving,? Rondo said. ?A guy that age — not that he’s old, but I think he’s 31 (he turned 32 in May) — and still being able to move with the young guys, it says a lot.”

Parker, the Spurs’ leading scorer in the regular season and playoffs in 2013-14, also paced San Antonio’s offense in the Finals, averaging 18.0 points in a five-game series win over the Miami Heat. Only LeBron James (28.2 points per game) averaged more.

“I don?t want to watch a lot of basketball,” Rondo continued, “but seeing him — he?s a great pick-and-roll player, he can dominate the ball, but in the Finals in particular he passed and he cut through, and got the ball in the weak side with a live dribble. He knocked down his corner 3’s. I have a lot of respect for a guy like Tony Parker.?

Rondo’s offseason conditioning has paid off thus far, helping him to seamlessly transition back into the Celtics’ lineup after missing the entire preseason with a broken hand. The point guard did not miss a beat Wednesday night, finishing with 13 points, 12 assists and seven rebounds after a five-and-a-half-month absence from game action. 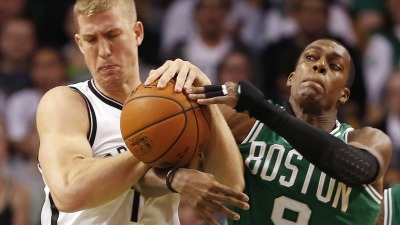 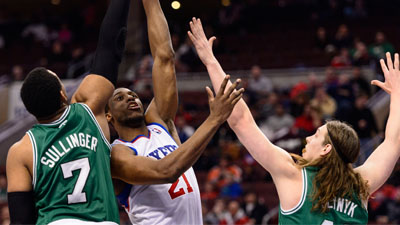