The St. Louis Rams were all sorts of crafty Sunday.

After fooling every single person in St. Louis with a fake punt return for a touchdown in the second quarter against the Seattle Seahawks, the Rams again reached into their bag of tricks in the fourth quarter.

After Seattle fought its way back into the game, St. Louis was clinging to a 28-26 lead with less than three minutes remaining and faced a fourth-and-3 deep in its own territory. That’s when the madness happened. The Rams took a huge gamble and called for a fake punt — and it worked.

Punter Johnny Hekker found a wide-open Ben Cunningham for an 18-yard gain and the first down.

The bold play-calling certainly paid off as the Rams managed to hang on for the shocking win over the defending Super Bowl champs. 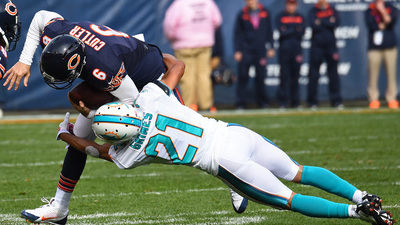