Should we even bother?

Second base has been Dustin Pedroia?s domain since 2006. The Boston Red Sox have achieved considerable success in that span. The 31-year-old is locked up through 2021 and remains a franchise cornerstone, so there really isn?t much to discuss when it comes to the position.

That being said, there have been a few cries for the Red Sox to consider trading Pedroia. Yes, those folks are the minority. And yes, they?re also a bit crazy. But Mookie Betts? emergence and Pedroia?s lackluster 2014 have added a hint of spice to an otherwise ho-hum situation.

2014 at a glance
Pedroia is coming off his worst major league season to date. He posted career lows in home runs (seven), average (.278), on-base percentage (.337) and slugging percentage (.376) while playing 135 games. His 153 hits marked his lowest total outside of 2010, when Pedroia played in only 75 games because of a foot injury, and his 53 RBIs were his fewest since compiling 50 as a rookie in 2007. By nearly any measure, Pedroia was a below-average contributor offensively.

It was quite obvious Pedroia wasn?t 100 percent, but the hard-nosed veteran remained tight-lipped. Eventually, an MRI revealed worsening inflammation in his thumb/wrist, forcing him to undergo season-ending surgery in September.

Brock Holt would have been Pedroia?s replacement at second base, as the Red Sox initially wanted to keep Betts in the outfield, where his long-term future figures to reside. Holt missed the final 21 games with a concussion, though, so Betts shifted back to his natural position while thriving offensively down the stretch.

Whose job to lose?
Pedroia.

Pedroia has been banged up the last two seasons. It finally caught up to him in 2014. It?s a huge overreaction to say the Red Sox should consider trading the four-time All-Star, though. He?s too important to Boston?s potential success in 2015 and beyond.

Yes, Pedroia?s contract — once considered one of the biggest bargains in Major League Baseball — no longer looks like that big of a steal. But it?s still reasonable, especially considering Pedroia represents everything an organization tries to instill in young players from a work ethic standpoint. Dealing Pedroia not only would hurt the on-field product. It would send a terrible message.

Notable prospects
Mookie Betts, 22
You know the deal. Betts? ascent through the Red Sox system garnered national attention, culminating with him earning his first major league promotion in late June. There was a brief adjustment period for Betts, but his final call-up of 2014 featured impressive strides.

Betts could be the Red Sox?s leadoff hitter come Opening Day. The Sox have made it clear he?s viewed as an outfielder, though, so second base only will become an option if Pedroia battles more injuries.

Sean Coyle, 22
Coyle spent all of 2014 with Double-A Portland. He started off with a bang, hitting .336 with 11 homers, 47 RBIs, and a .997 OPS in 63 first-half games. The former third-round pick dropped off considerably in the second half, hitting .218 with five homers, 14 RBIs and a .671 OPS in 33 games, but the Red Sox should consider adding him to the 40-man roster this offseason to protect him from the Rule 5 draft.

Coyle currently is playing in the Arizona Fall League.

Wendell Rijo, 19
Rijo?s stock rose in 2014. He hit .254 with nine homers, 46 RBIs and 16 stolen bases in 111 games with Single-A Greenville. The 19-year-old displayed an uptick in power down the stretch and currently is ranked the organization?s No. 16 prospect, according to SoxProspects.com.

Rijo moved to second base after being drafted as a shortstop.

Top three free agents
Stephen Drew
Drew technically is a shortstop — the best defensive shortstop on the open market, according to agent Scott Boras — but he played 34 games at second base with the New York Yankees this season. The 31-year-old is a good buy-low option for someone. Just not the Red Sox.

Asdrubal Cabrera
It?s been a forgettable couple of seasons for Cabrera, who earned back-to-back All-Star selections with the Cleveland Indians in 2011 and 2012. He?ll only be 29 come Opening Day, so there?s still time for a bounce-back effort. Like Drew, Cabrera also can play shortstop.

Emilio Bonifacio
Bonifacio can play all over the diamond. He also has speed, evidenced by his 164 career stolen bases. The 29-year-old doesn?t provide much offensively, but he?s a good utility option for a team seeking depth and versatility.

2015 prediction
Pedroia will return to form, much to the Red Sox?s delight.

The organization took a proactive approach in shutting down Pedroia in September, and he?s expected to go through a normal offseason. Boston needs a healthy and productive Pedroia to return to contention next season.

Holt and Betts are the backup options at the position. 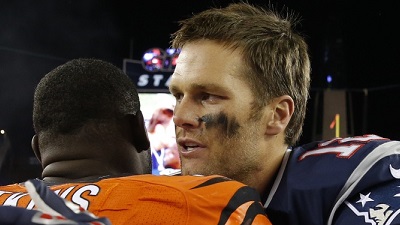 Tom Brady: ‘I Love The Patriots’ And Want To Stay, But NFL Is Unpredictable 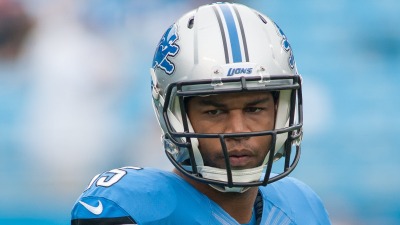 Golden Tate: I Wanted To Tackle Jim Schwartz After Bills Carried Him Off Field