The Kansas City Royals’ secret to success is a simple one — more baseball, less video games.

The Royals have been unstoppable during their historic postseason run to the World Series, but what did almost stop them from punching their ticket to the Fall Classic was a certain video game that consumed a large majority of the team earlier in the season.

According to Andy McCullough of the Kansas City Star, the Royals became obsessed with “Clash of Clans,” a game reminiscent of  “Warcraft,” after speedster Jarrod Dyson introduced the online strategy game to some of his teammates, including Lorenzo Cain and Eric Hosmer, among others. McCullough explains in his piece that the coaches began to worry about their players’ focus being misdirected.

First base coach Rusty Kuntz was especially disappointed in his team following a stretch in late-July when the team lost three in a row and dipped below .500. McCullough described a scene in the Royals clubhouse during the rough patch, as Kuntz walked in only to see “a collection of Royals with their heads down, eyes locked on their iPads.”

“At that time, in that situation, it’s really disappointing,” Kuntz said. “You just got to a point where you go, ‘What’s the priority here? Is this just three hours out of your time, spent away from what you’re actually being interested in?'”

Shortly after, manager Ned Yost called a closed-door meeting with the players, urging them to put down the iPads and focus more on what they’re doing out on the diamond. Following the video game intervention, the Royals went on to win 16 of their next 19 games, and the rest is history.

The Royals are just four wins away from being World Series champions, which they can celebrate with all of the “Clash of Clans” that they wish. 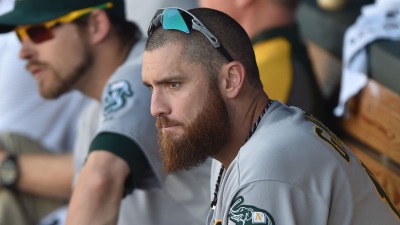